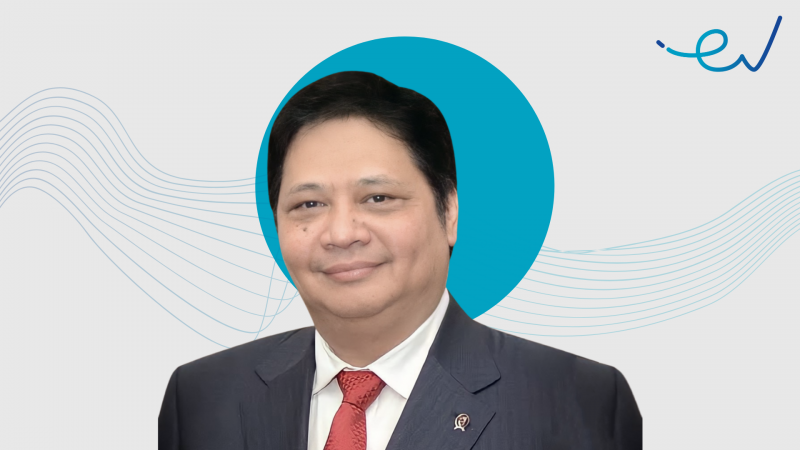 The Importance of role model and success stories in digital transformation

From the perspective of Airlangga Hartarto, Coordinating Ministry for Economic Affairs

Indonesia’s digital economy value in 2020 was around US$ 40 billion and grew to US$ 70 billion in 2021. This development is in-line with Industry 4.0 and digitalization in various sectors which are driven by the pandemic. For example, during the pandemic, the pre-work card program (Kartu Prakerja) was accessed by more than 70 million registrants in 512 cities. With the existing digital infrastructure, fully-digitalized Kartu Prakerja services could be accessed by the entire nation.

In the future, Industry 4.0 requires 5G connectivity. The government has recently launched 5G in Kalimantan. Then, we need to enhance our human capital by retraining and reskilling. In the financial sector, fintech grows very fast, it is catching up to the conventional financial institutions. For example, last year’s distribution of the Microcredit Program (KUR) through fintech has reached IDR 180 trillion. A tremendous growth by using a new network. When we talk about KUR, we know that the big players are state-owned banks and regional banks.

An inclusive economy is measured not only through financial inclusion but also by how far MSMEs can enter the digital market. This also goes for other productive activities. With digitalization, there should be less asymmetric information, for example by the implementation of e-logistics.

Accelerating the digitization of the economy, creating equal and diverse opportunities, and encouraging opportunities and productivity to generate added-value. With this concept, the most important thing in the short term is to build the infrastructure. 5G development requires a bigger investment than LTE, but the development of some IoT and Industry 4.0 can only be done with 5G. The basis of innovation is infrastructure.

Technological dynamics are very fast and unpredictable like COVID-19. So, the key is the readiness of our human capital. The curriculum must be adjusted to be more integrated, especially for digital-related subjects. In the early 2000s, digitization meant only ICT. Nowadays, the definition has become broader. In every field of study, digitization is a must because it is interconnected with each other.

How is the push in preparing our human capital to take advantage of the digital economy’s growth momentum optimally?

One of the decisions at the G-20 Summit in Osaka is to make Indonesia a Digital Economy Hub. Could the idea be developed for accelerating the digital economy?

Currently, our digital economy is relatively outperforming several ASEAN countries. We own 40% of the digital economy pie in ASEAN. For the development of digitalization, we should be able to compete with Singapore or Malaysia since we have the volume, market and talents.

For instance, the development of cryptocurrencies such as Bitcoin and Non-Fungible Token (NFT) is competing with the capital market. This is what we have to think about going forward, because the development is getting bigger. The government is looking for digitalization that is not only creative but also productive.

What are the agendas for accelerating digital transformation, especially by taking advantage of the G20 momentum?

To introduce digital transformation, there must be a pilot project that can be replicated by other developing countries. One of them is strengthening MSMEs to have new skills through the Kartu Prakerja program. This service is provided end-to-end on a digital basis, from treasury to e-wallet, to prevent misuse of the money. All data management in Kartu Prakerja is dynamic, different from typical government database management which tends to be static. This is one of the transformations in Indonesia for small communities. Of course, we hope there will be other prototyping.