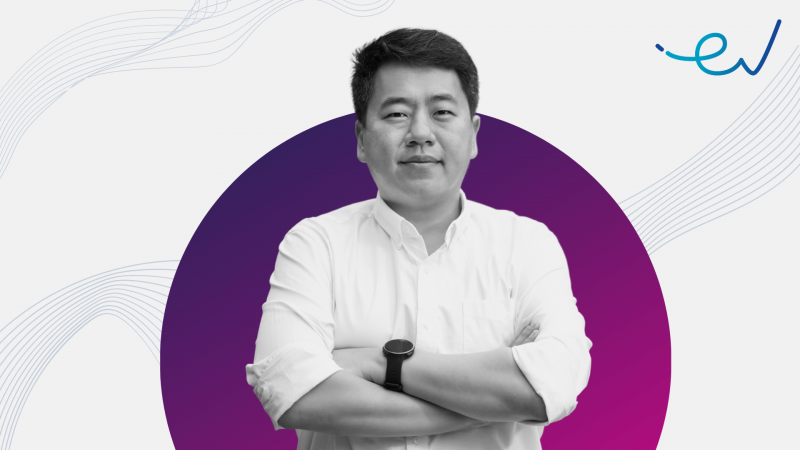 Roderick’s experience as a startup founder shaped him into the investor who has a better understanding and a two-way empathy that he is today. Anticipating the moment of the startups within the ecosystem make their grand debut on the stock exchange.

Nobody knows what the future holds. Roderick Purwana (39) has never thought of working in the finance industry before. Once he graduated high school in Jakarta, he flew to the States to further his studies.

The second of three siblings received a Bachelor’s degree in food technology, and pursued industrial engineering for his Master’s program. This major was especially close to Roderick’s father.

“My father is an exporter of chemical products, while my mother is a florist. Our family is really close,” he told Fortune Indonesia (19/1).

Who would have guessed, Roderick landed a job at a venture capital firm in Silicon Valley, California, after he graduated. After four years working there, Roderick decided to fly back home to be around his parents. Between 2009-2011, he helped a logistics and transportation company of his friend’s before eventually joining Thomas Lembong’s private equity fund firm, Quvat.

From then on, Roderick and his peers co-founded Bobobobo, a fashion startup. After two and a half years, he left.

Roderick claims that his experience as a startup founder greatly supports his role as an investor. “I have been a startup founder before, I am able to better empathize in relationships with fellow founders. If investors could only tell them to do things without understanding the issues, they would probably be somewhat pissed,” he said, laughing.

Roderick also said that in the early days, the relationship between investors at East Ventures and its founders was extremely close. For example, Willson Cuaca himself came along with Ferry Unardi, Founder of Traveloka, to China, to look for investors. So was Roderick, who was the person they came to for advice.

Twelve years after its inception, East Ventures has over 200 startups in its portfolio. With over 400 founders, direct coordination might become more difficult. That is why East Ventures expanded its team to over 50 people today.

With an almost 30 percent of Internal Rate of Return (IRR), is East Ventures ready to do the exit strategy? Roderick said that there have been a few exits within the ecosystem. For instance, Moka which has been sold to Gojek and Kudo to Grab.

“We are still waiting for an IPO (Initial Public Offering). Hopefully, GoTo can go for an IPO, Traveloka is also eyeing the public market this year.”

Does that mean East Ventures will sell the shares when one of its startups goes for IPO? Not necessarily. Roderick said, East Ventures is not the major shareholder in the startups gearing to go public. Meanwhile, there are still lock up regulations that hold investments when a startup goes public.

He also observes that the performance of several startups in the capital market is not quite satisfactory. Nevertheless, the funds obtained through the mechanism of going public are still seen as positive. The calculation is that If Grab is able to bag  US$ 8 billion, GoTo might also raise US$ 5 billion. “With this much money, it is likely that they will be more active in making acquisitions,” he said.

Working in a digital industry requires Roderick to continuously observe the growth of anything related to technology, including ‘non-fungible token’ or NFT. The ‘Ghozali Everyday’ NFT did catch his attention, despite not collecting any.

Roderick also keeps himself updated on the surge of digital currency and contributes in buying an amount of tokens. In the ecosystem, East Ventures has backed a crypto currency firm, Indodax.

He said, the total of global digital currency trade has summed into US$ 2.3 trillion, yet it is still lower than the capitalization of Apple. However, there already are 9.5 million digital currency investors in Indonesia, more than there are stock investors. “Holistically, the market itself is very interesting. This might also be our focus this year.”

This has been confirmed by Willson Cuaca, Co-Founder and Managing Partner of East Ventures. According to Willson, several new sectors will contribute to the future of digital economy growth in Indonesia, and East Ventures is ready to bet on these sectors. In the fintech category, blockchain and NFT will thrive. So will the online instant commerce category.

He also said that Roderick is the most important part in the expansion of East Ventures. “Since we started working together in a different capacity 8 years ago, Roderick has always been consistent and nimble in analyzing issues. Roderick is someone who holds a terrific work ethic and a reliable partner.”

Roderick Purwana is one of the Indonesian figures under 40 who has been selected in Fortune Indonesia’s 40 Under 40.