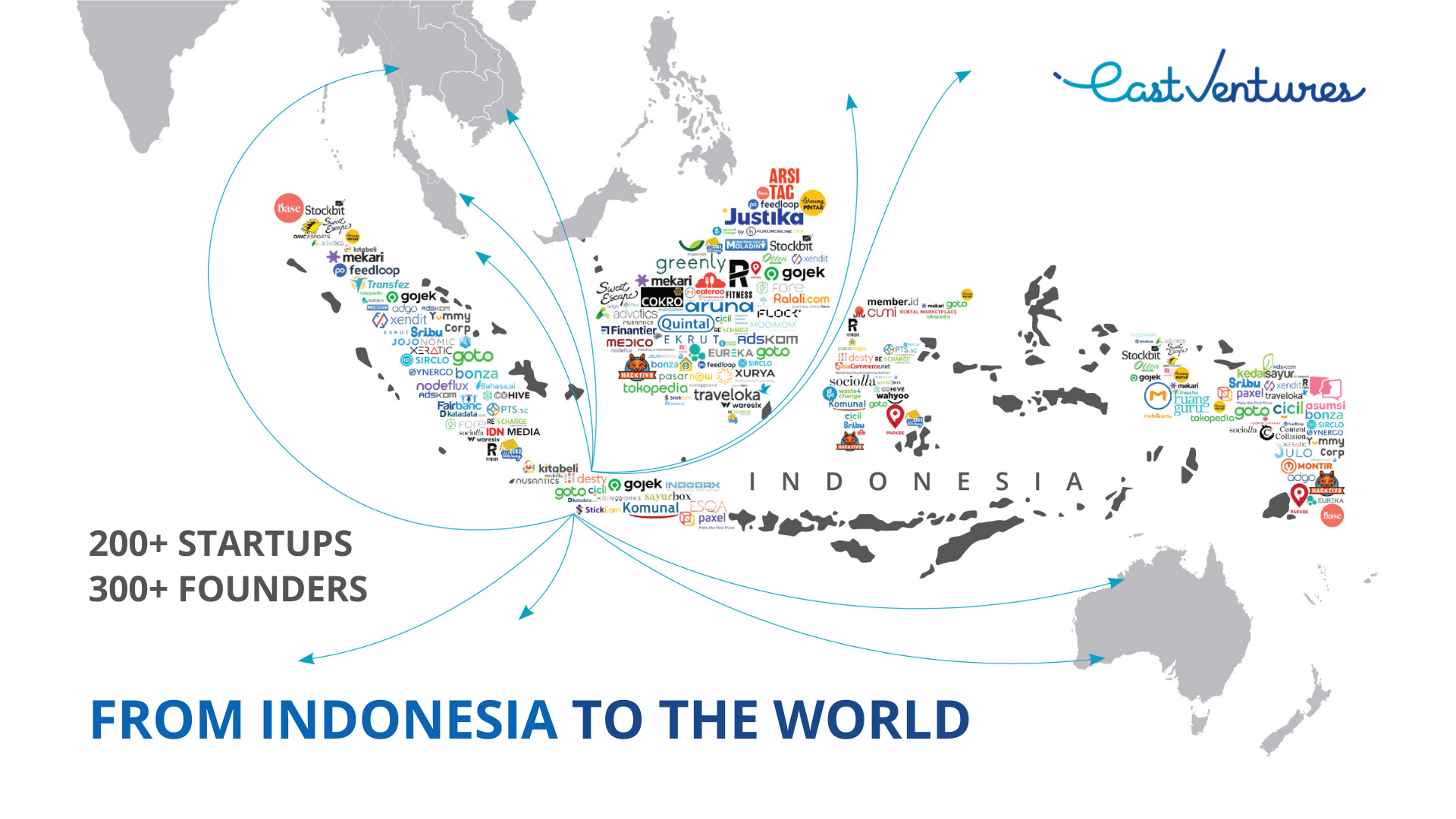 Here is one riveting fact about our treasured country, Indonesia: it is the world’s largest archipelago consisting of 17,508 islands. Out of 600 million of Southeast Asia’s population, 270 million inhabit Indonesia. What is more, US$ 1.1 trillion out of US$ 2.1 trillion of Southeast Asia’s economy is located in Indonesia. That being said, Indonesia is the largest and most homogeneous market in the subregion with profuse economic potentials. The abundant islands dotting the country also signify the many inefficiencies to address and overcome. The vast market with overflowing problems that entail was the reason why East Ventures came to life. As long as problems are consistently lurking around us, it is imperative that we bring solutions and innovations to the table.

The sky is our viewpoint

Rewinding to as far as 2009, Indonesia was a very different place at the time. The startup frenzy had yet to materialize, but our founders worked tirelessly to carefully plan how to better Indonesia’s digital infrastructure and contribute to the country’s digital economy. Twelve years ago, only 13% of 230 million Indonesians witnessed the magic of interconnected computer networks called the Internet. The nation’s population that was growing rapidly, unfortunately, did not go hand-in-hand with the development of the physical infrastructure. For many, this predicament was a problem with a sky high difficulty, but East Ventures aims to provide answers and become part of the solution. The sky, after all, is not the limit. We aim to make it our viewpoint. As the first venture capital to exist in Indonesia, we are eager to support passionate founders with the most brilliant ideas committed to building a solid and integrated digital ecosystem. Digital startups are an epitome of inclusivity where people’s personal, educational and family backgrounds could not matter less and the most important thing is to harness technology and put it to good use as solutions to problems.

Pioneering a trend before it becomes a trend

What constitutes a successful and sustainable tech startup? One thing for certain, it takes more than just a beautiful mind. After years of observation, we can safely say that the ones who deserve to be given the chance to make it are individuals equipped with these fundamentals: capable of reading the problems occurring in the society, coming up with problem statements, and working out ways to decipher them through technology. There is, however, another important factor at play. An astute tech startup founder will be able to identify a problem in society and turn it into a trend, because when a person decides to build a startup by the time the predicted trend actually becomes a trend, it will be too late. When things are obvious, it means you are too far behind. As an illustration, building an e-commerce with the concept of a marketplace now is inadvisable because Tokopedia is undefeated.

COVID-19, a solid digital ecosystem and the dawn of startups

Establishing a solid and integrated digital ecosystem takes time, hard work and careful planning. Everything needs to be thoroughly researched before proceeding to executions. Every country’s digital economy starts with starting an e-commerce, it was no coincidence why Tokopedia was the first project we took on and invested in. Today, many startups that we nurture have come together to actualize a potent digital ecosystem, the most recent one being the merger of two Indonesian tech giants, Gojek and Tokopedia, now dearly known as GoTo. This newly minted ecosystem has a total users amounting to 100 million and aspires to present solutions to problem statements and provide functional and convenient services. As depicted by GoTo, an integrated digital ecosystem is one that considers a user’s journey. To elaborate, let’s delve deeper into how GoTo constructs a thorough ecosystem. Tokopedia’s marketplace is a fitting place to market and sell products due to its many users. To maximize the platform’s reliability so buyers eventually perform transactions, Tokopedia launched features such as video reviews so buyers will have an idea of how the item really looks like. When transactions finally occur on Tokopedia, buyers have the option to utilize GoPay as a payment method. This well thought out flow is what constitutes a strong digital ecosystem. 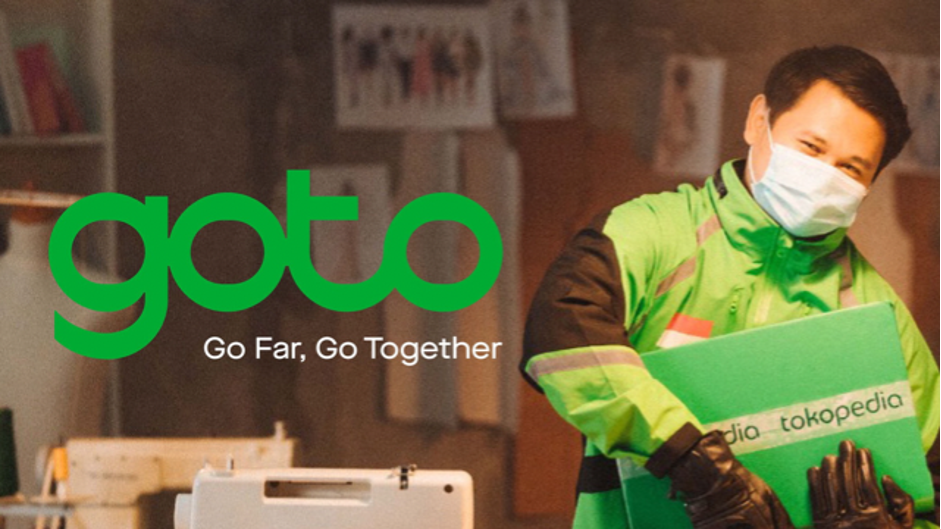 COVID-19 proves to be a game reset. It holds the nation back for a while only to launch us even further. These trying times also force people to halt high-touch and high-risk activities such as face-to-face meetings, diverting them to go online. The pandemic has proved to accelerate startups and digital adoption. According to East Ventures Digital Competitiveness Index (EV-DCI) 2021, digital transformation occurs three years faster. What is predicted to be attained in 2023, has been successfully achieved this year. In fact, we have achieved what is forecasted to be attained in 2023 this year.

East Ventures is committed to help startups identify problems, adapt to the crisis and bounce back stronger. As long as founders are resilient, resourceful and disciplined, these challenging times will only slingshot them to something greater. COVID-19 propels digital acceleration that enables advanced digital infrastructure in Indonesia. To date, more than 200 million citizens are now well-acquainted with the Internet, a far cry from the original amount of Internet users in 2009.

The merger of Gojek and Tokopedia marks the dawn of a promising digital economy for Indonesia. It is also a testament to how lucrative and potential this country’s digital economy is going to be. The rise of many more stupendous startups has just begun, and from here, the only way we can go is up.

By Willson Cuaca, Co-Founder and Managing Partner at East Ventures