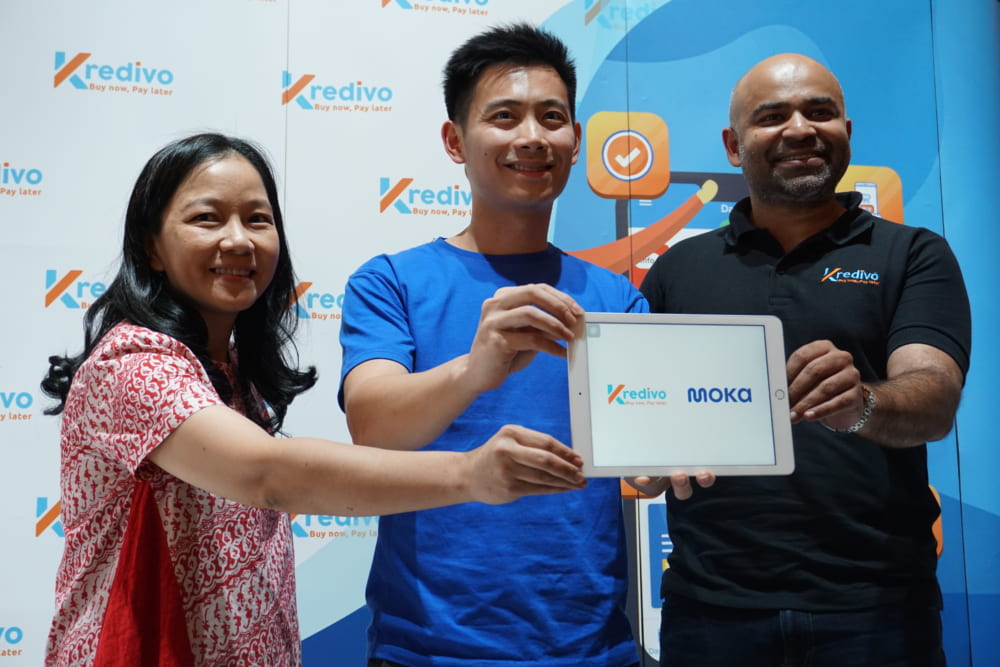 Jakarta, 27 February 2019 – Indonesia-based digital payment platform Kredivo, which was developed by the startup FinAccel, has formed a strategic partnership with Moka, a company that builds cloud-based, point-of-sale systems. The collaboration allows Kredivo users to make offline payments with merchants that are equipped with Moka’s devices.

FinAccel co-founder and CEO Akshay Grad said the partnership will help build digital payment infrastructure in Indonesia. “We have the same vision to increase digital transactions both from the side of sellers and buyers,” said Grad in an official statement. With Moka, vendors can track their payments digitally, and users are able to apply for credit using Kredivo in a matter of minutes.

Echoing Grad’s sentiments, Moka’s co-founder and CEO Haryanto said that the firms’ collaboration is showing the commitment of the two companies in increasing financial inclusion and encourage economic growth through digital payments. “We are very excited to start this partnership,” Haryanto said. “Consumers benefit because they can use credit from Kredivo to shop at Moka merchants, and businesses will also benefit as credit facilities can increase AOV (average order value) and merchant turnover.”

This is Kredivo’s second offline transaction programme. Previously, the startup collaborated with mobile phone retail chain OkeShop, allowing users to purchase any gadget in OkeShop outlets using Kredivo’s credit. According to Kredivo, digital payments are becoming increasingly common in Indonesia, but its growth is hampered by low credit card penetration. Therefore, the platform is designed to circumvent this problem by providing easy and fast digital credit card services.

With Indonesia embracing cashless payments, even banks and state-owned entities are offering their own versions of the service. LinkAja—a QR code payment platform that is backed by four financial institutions, a national telecommunications service provider, and an energy company—is set to launch on Friday.

Kredivo and Moka are two fintech services that have experienced rapid growth in Indonesia. In July 2018, FinAccel raised US$30 million in a Series B round, while Moka secured US$24 million in Series B funding two months later. In December, Moka also launched a payment aggregator named Moka Pay to streamline and bind various offline payment processes and options. Moka currently serves more than 14,000 merchants throughout Indonesia.