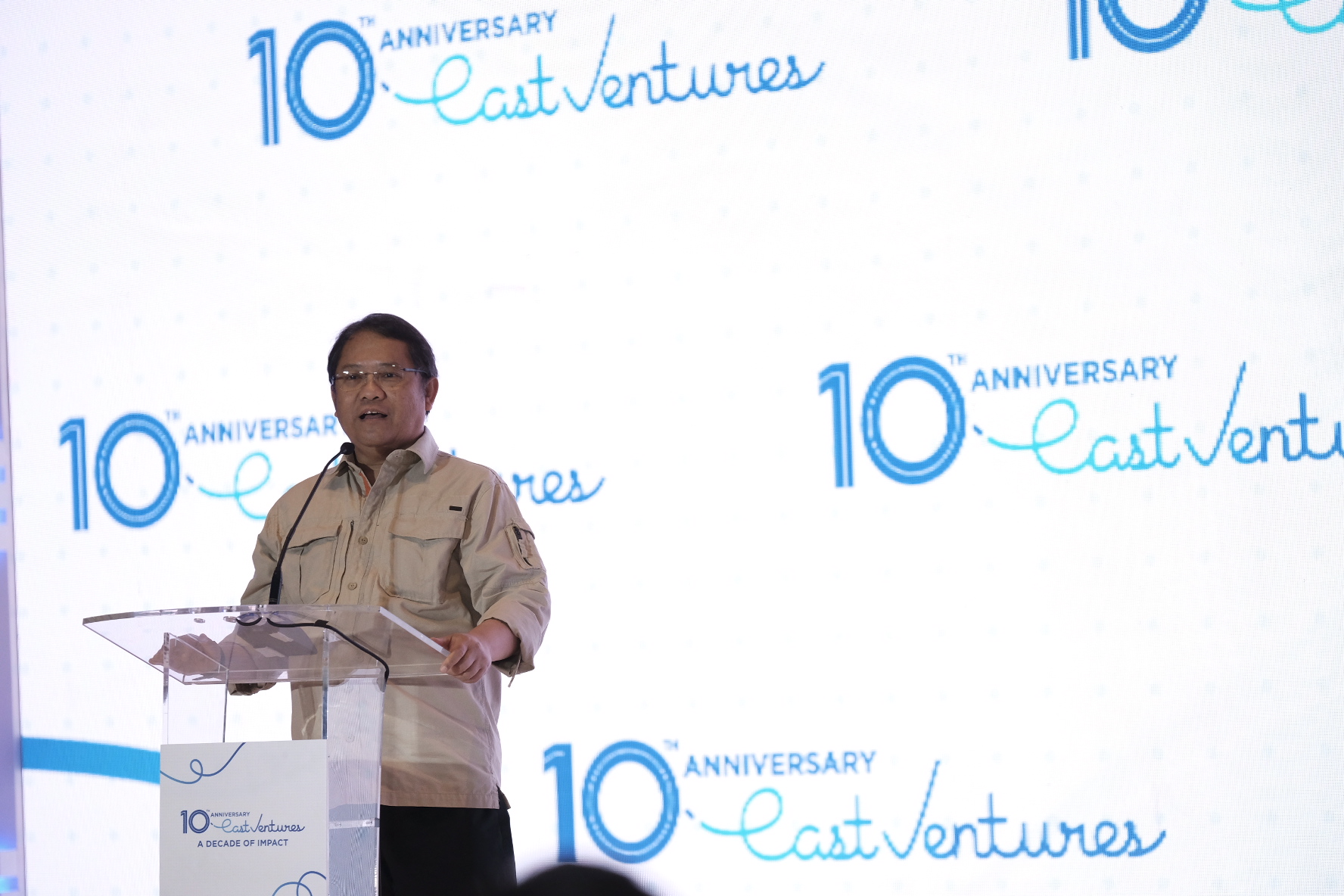 Mr. Rudiantara (Ex-Minister of Communication and Information Technology of the Republic of Indonesia) attended our 10th-anniversary event and shared his perspective on the development of the startup ecosystem in Indonesia.

At the beginning of his speech, Mr. Rudiantara admitted that he joined the cabinet and government with no background in the digital economy.

That’s why he continuously listen to Willson Cuaca, whom he met in 2015, and also startup founders like William Tanuwijaya from Tokopedia and Ferry Unardi from Traveloka.

Mr. Rudiantara said that the key to the development of the digital economy in Indonesia is the shift of government’s role from the regulator to the facilitator and accelerator. When the government must issue a regulation, it prefers a light-touch regulation.

“We facilitate every activity of the youth, the millennials, the startups. Just tell us what you need? How can we have more unicorns in this country? This is what the government is doing. That’s why no wonder the central gravity of the digital economy is in Indonesia right now,” he explained.

Mr. Rudiantara also restated the government’s continuous support to the ICT industry, especially in building the infrastructure. He mentioned the fact that internet users in Indonesia have increased from 30 million users in 2009 (when East Ventures started its business) to 180 million users right now. According to him, one of the causes of that acceleration is the construction of the Palapa Ring fiber-optic network that has been completed last August.

“The government even does a leapfrog to procure its own high throughput satellite that will be launched at the end of 2022. Not only that, the government has even prepared the second and third satellite. This is what the country needs,” he said.

Mr. Rudiantara shared the data that the Indonesia government only spend 0.1% of its GDP on Information and Communications Technology (ICT) sector. It’s lower than in Thailand (0.3%) and Malaysia (0.6%). The construction of infrastructure, according to the minister, will help Indonesia to catch up with those countries.

He ended his speech by giving a warm congratulations for East Ventures for its 10th Anniversary. “Thank you, Willson, Batara, and Taiga. I consider you all as the Indonesian Masayoshi Son,” he said.