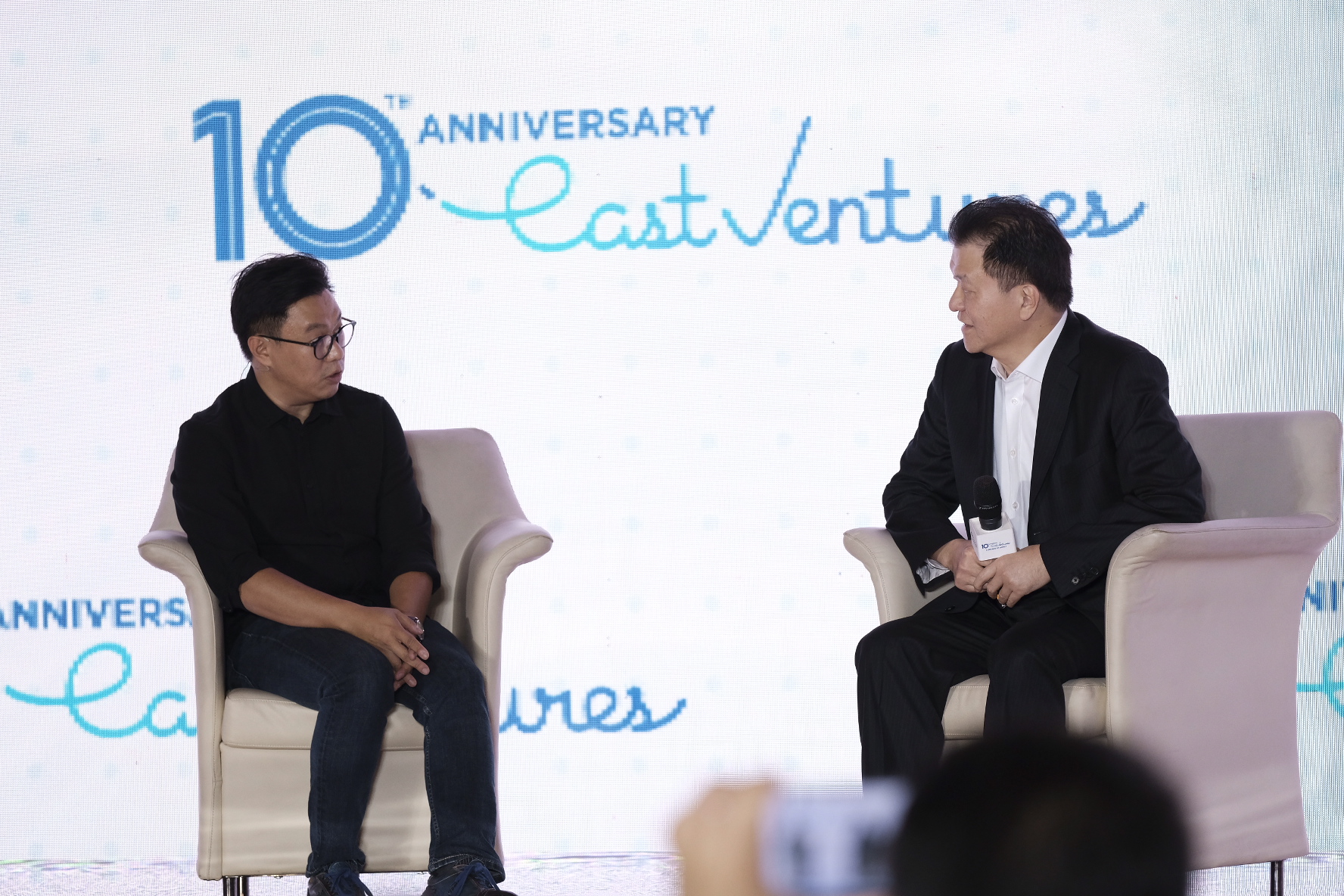 Franky O. Widjaja, Chairman & CEO of Sinarmas Communication & Technology, is the first Limited Partner (LP) of East Ventures. At the venture capital’s 10th anniversary event, Mr. Franky shared his perspective of the digital economy industry and the reason why he decided to put his trust in East Ventures, especially in its early days.

A trip to Japan

For Mr. Franky, the digital economy is like “yeast” that has the potential to leaven the “dough” of brick and mortar companies. That got him interested in the sector for years.

“The problem is, there are many people who try to enter the industry, but they fail. That’s why we need to learn from many young people here on how to tap into this new era. That’s the first guiding principle,” he explained.

Mr. Franky’s first encounter with East Ventures was a visit to East Ventures’ Japan office back in 2012. Seeing that many people worked 24/7 in the office and being constantly coached by experienced mentors, he was immediately convinced.

“I think it’s the right model. So when we first met, I said that East Ventures is the right partner to have,” Mr. Franky said.

Indonesian ecosystem has a bright future

When talking about the startup ecosystem in Indonesia, Mr. Franky said that today is a very interesting time. Building an ecosystem produces a snowballing effect. It’s like planting a seed in the beginning that grows bigger over time.

“That’s why your next 5 years will be as good as your last 10 years. The effect will be faster and bigger, especially with the support of the government.”

As part of the Sinarmas Group, Mr. Franky stated that he is looking for innovations that can support agriculture business, such as automation and the Internet of Things (IoT). Unfortunately, until now, he only receive such offers from foreign companies.

“We welcome any Indonesian startup that can (support us in that sector). It would be so fantastic.” Getting the right support

Mr. Franky reminded all founders in East Ventures’ 10th Anniversary event on the importance of getting the right mentors and the right support, that can help them to become the “yeast”. According to him, most entrepreneurs fail because they can’t get the right support.

“You have to change your business model from time to time, do the fine-tuning. I think that’s the key to success,” Mr. Franky closed the session.

Next Video: Fireside Chat with Founder of Tokopedia and Traveloka >