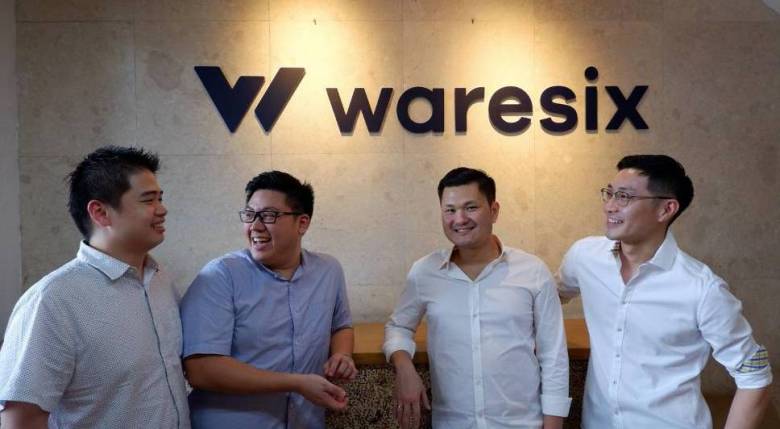 Inspired by the year he spent working in China during the e-commerce boom, Andree Susanto went back home and partnered up with Edwin Wibowo to create Waresix, a logistics tech startup.

“Before Waresix, Edwin was based in Semarang, 450 kilometers from Jakarta, which led to us realizing just how cumbersome the shipment process was to deliver goods within different parts of Indonesia,” Andree explained.

Together, they decided to find a solution to the supply chain and logistics problem they themselves experienced back in 2017. Andree Susanto is now the CEO of Waresix, while Edwin Wibowo is acting as Chief Financial Officer (CFO).

As of now, Andree said, Indonesia has one of the highest costs of logistics in Asia, in which the country spends nearly one-quarter of the GDP. The country comprises more than 17,000 islands which causes distribution of goods to also require sea transport to reach other islands. The combination of land and sea transport to deliver goods increases the complexity of any given shipment and therefore results in high logistics costs.

Andree added that besides the high logistic cost, Indonesia also faces the problem of uncertainty due to unreliable supply that lacks transparency. There are also troubles with poor infrastructure in some areas, combined with low technology adoption in the industry. For instance, truck owners still have to go through many processes such as matching of orders and verification of deliveries manually, or through ad hoc channels such as WhatsApp.

However, RedSeer data revealed that during the pandemic, logistic business experienced a 100% growth, which was a further push to the direction of digitalization.

This change can be seen from the median score in the Economy pillar of East Ventures’ Digital Competitiveness Index (EV-DCI) 2021, which increased by 30.82 from 27.25 last year. One of the indicator measurements, GRDP growth of warehousing, transportation support, post, and courier sub-sectors also showed an increase in median score of 61.25 from 56.21 last year.

In his interview with the EV-DCI team, Coordinating Minister for Maritime Affairs and Investment, Luhut Binsar Pandjaitan echoed the need for digitalization, especially after the sea toll program launched by the President Joko “Jokowi” Widodo didn’t run as smoothly.

“Bringing digitalization to the program allows us to learn more about ship movement and create more efficiencies. Measured by total port capacity, Indonesia is ninth in the world. Singapore has a port capacity of 32 million TEUs (twenty-foot equivalent units), 18-19 million of which come from Indonesia. That means that we are inefficient. The results of our study show that if you use the main ports (hubs) directly from Jakarta, Kuala Tanjung, Surabaya and Makassar, it will reduce the cost of logistics by 30 percent,” Minister Luhut explained.

David Audy, Operating Partner of East Ventures also weighed in. “Fragmentation of truck ownership, with 80% of trucks owned by small players, has made the industry ripe for digitalization. Waresix took the opportunity by creating a marketplace platform that integrates orders and delivery. The business also saw significant growth as one of the derivative beneficiaries of the e-commerce boom during the pandemic”.

David further added, ”Overall EV-DCI median score jumps to 32.1 in 2021 (+4.2 YoY). This underlines that digital competitiveness has become more evenly distributed in most of the provinces. We expect this median score to increase as Waresix contribute to better logistics services, accelerating the spread of e-commerce, leading to improvement of digital competitiveness of every provinces in Indonesia where Waresix operates.” 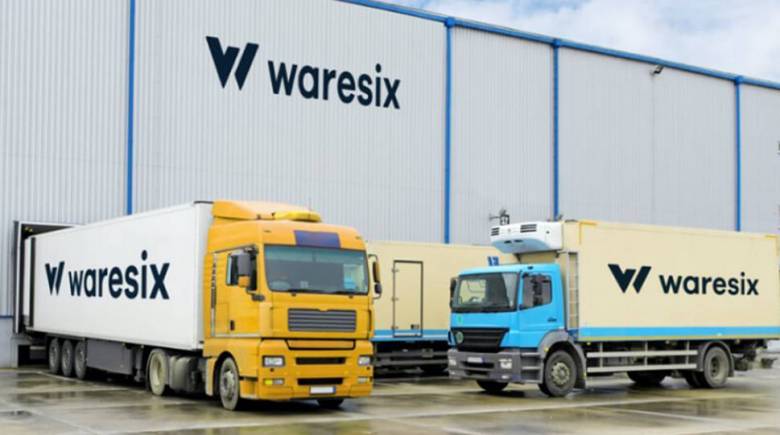 The importance of network

Waresix saw that the approach to the manual, end-to-end process of delivering goods caused inefficient supply and demand fragmentation. This leads to the low utilization of trucks and warehouses, simply because there’s no way of finding the available services.

“Our platform not only connects shippers and businesses with available warehouses and transporters across Indonesia, but also leverages technology to ensure efficiency and transparency by improving information flow and doing so at lower costs,” Andree explained.

Right now, Waresix’s coverage has included most of Indonesia’s provinces. Since the integration with Indonesian National Port, Waresix has expanded its range of services to include the outer islands in Indonesia, reaching 200 cities with over 50,000 trucks and 400 warehouses.

Pocketing US$100 million in funding, recently Waresix acquired Trukita, a startup that provides a marketplace portal to help users find freight and truck service offerings for first-mile delivery. This acquisition has helped Waresix to expand its reach and network to onboard more than 10,000 trucks and hundreds of new customers on its platform.

The pandemic has made logistics business players realize that they need to embrace technology as nationwide lockdowns led to disruption of the supply chain network. It also has forced companies to consider technology solutions to ensure fulfillment of orders within a shorter time and at lower costs to meet customer demand. This is how logistic business saw a boom last year.

Then with the boom, comes the need for digitalization for efficiency. Andree added that what the whole system needs is time to improve infrastructure, especially connection in the rural regions. “We need to enhance connectivity with other parts of Indonesia, as well as to educate industry players, both big and small businesses, on how they can adopt technology in their operation,” Andree emphasized. This way, Andree said, the logistics sector can run more efficiently to reach different places.

For the logistics sector, platforms and solutions such as mobile apps can help businesses to improve data management, monitoring, and communication to drive efficiency. This leads to lower and more predictable supply chain costs even in different provinces, as companies no longer need to invest in their own infrastructure across various geographies.

Waresix’ efforts to digitalize the sector enable businesses to consolidate and deconsolidate goods by utilizing existing warehouse networks. It brings about flexibility and faster access to the market, driving logistics’ efficiency.

Now that the company has run for almost 4 years, both Andree and Edwin have interacted with many of their customers and got to help their problems firsthand.

“Once, when we onboarded two agriculture customers which both operate in remote areas of Central Lampung, we combined their vendor bases and achieved notable improvements in the logistics process, simply by smoothing the demand and supply of these projects. Additionally, this has allowed us to commit to offering increased volumes of shipments with better prices for the subsequent backhaul customers,” said Andree.

The significant change experienced by the two customers in the remote area was immense. Both customers were able to enjoy discounts on their rates and, more importantly, better service levels. The vendors could consistently plan to send their trucks towards the remote areas and thus were able to increase their trips with filled backhauls. Waresix then saw more customers coming with the same problems to fix after that.

Now, Waresix focuses on continuing to educate market players on the real change of technology adoption waiting for them.

“By having a wider reach and network, we now can offer end-to-end logistics solutions which cover a wide area throughout Indonesia. These include transportation services, warehousing, and sea freight services to meet the needs of different customers,” said Andree.