Skip to content
Loket’s Untold Story: How It Got Acquired by Gojek 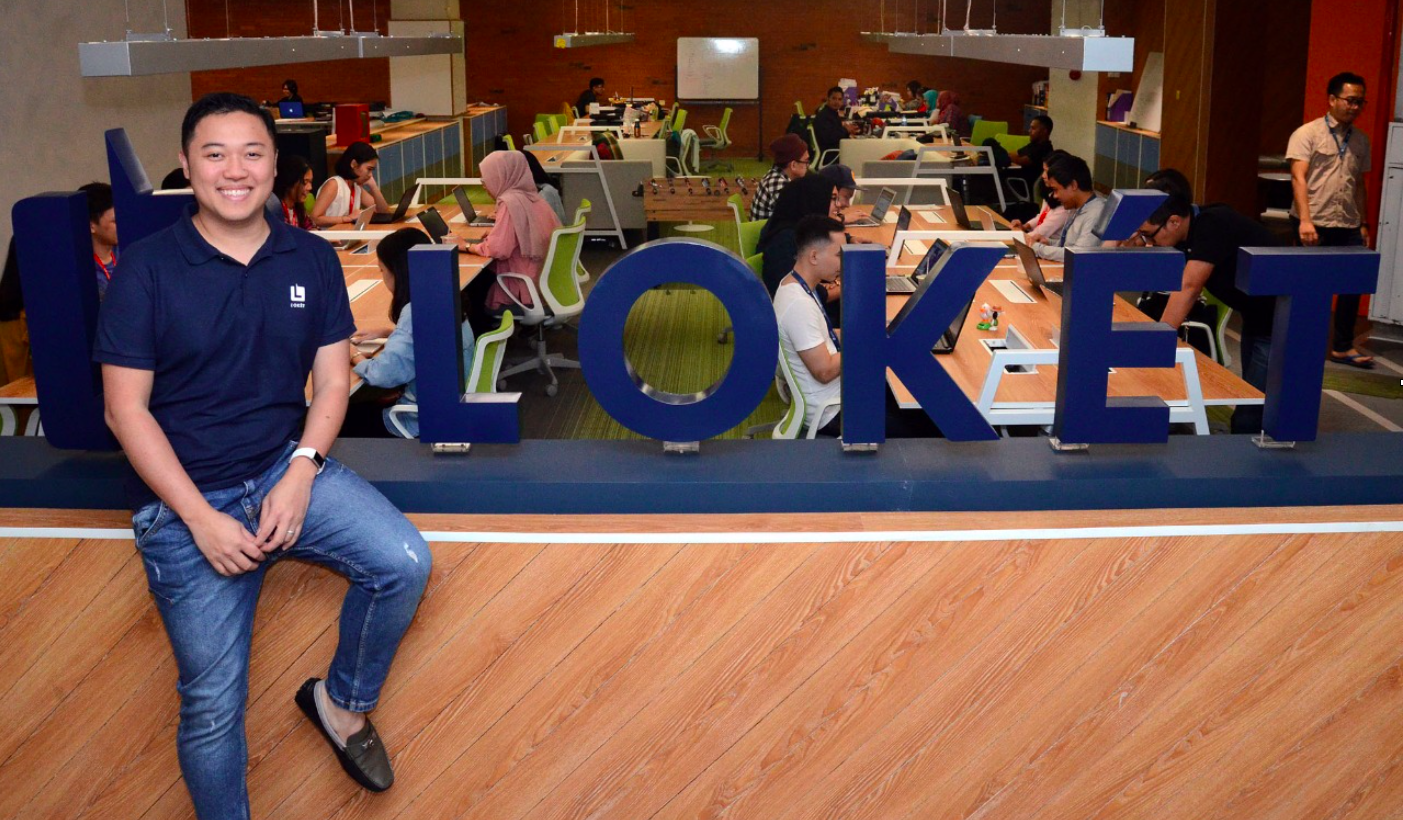 Loket’s Untold Story: How It Got Acquired by Gojek to Transform Online Ticketing

One-stop ticketing management platform Loket, which means counter in Bahasa Indonesia, was founded in 2013 to support organizers through the breadth of event management – from ticketing and payment to crowd management and data analytics.

Loket’s mission to equally provide technology for event organizers and creators of all levels was well on its way, as the startup managed more than 5,000 events and collaborated with more than 4,000 organizers in 2018 alone.

The guy behind the counter

The Jakarta-based startup is the brainchild of Edy Sulistyo, a computer engineering graduate from Ohio State University. He worked in the financial services and electronic manufacturing sectors prior to founding Loket. A serial entrepreneur, he established a startup in the US before he decided to make Loket a full-blown event management system in 2013.

That same year, Indonesian consumers were beginning to shift to ecommerce, thanks to the greater convenience that came with taking events online.

According to Sulistyo, he didn’t envision Loket as an online ticketing service. “In fact, selling tickets online had never been a pain point for Indonesian promoters. For them, it was only a nice-to-have feature,” he explains. “Their real pain point is how to sell out their events, by any means necessary.”

That is why since the beginning, Loket engineered an end-to-end solution to help event organizers sell out events. It wanted to become the largest ticket distribution network in the country.

“To get to that, we had to get rid of our ego of wanting everyone to know about Loket. People usually only recognize business-to-consumer platforms and are not aware of business-to-business platforms like Loket,” says Sulistyo. 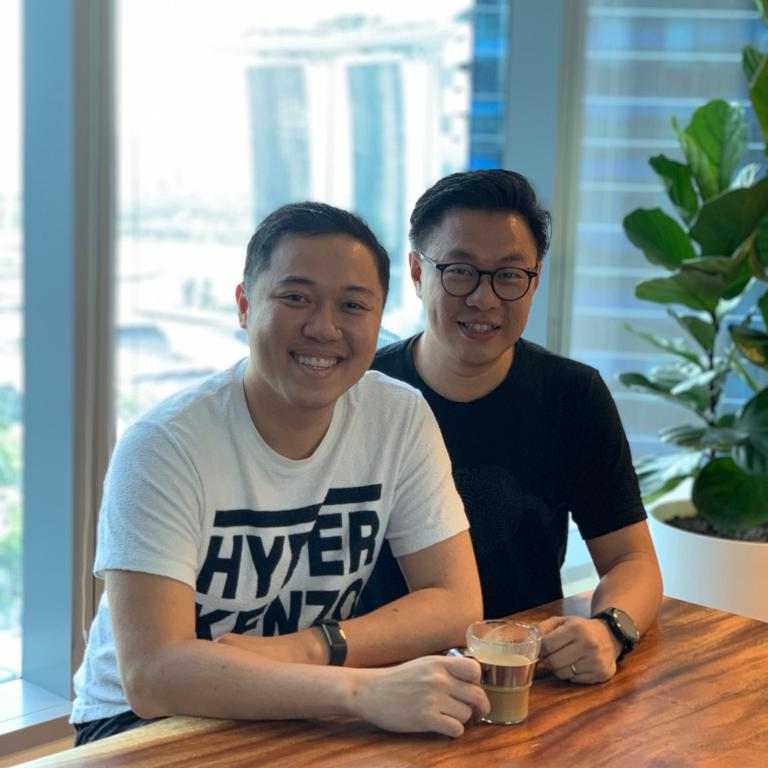 In 2016, he pitched his startup to East Ventures managing partner Willson Cuaca. There was an earlier pitch by a shareholder, but the discussion was moving too slow. At the time, East Ventures decided to discard the deal due to various red flags.

On the second time, however, Sulistyo clarified the previous situation and the dynamics between his shareholders and other venture capitalists.

East Ventures says it doesn’t normally look back on its past decisions, but Sulistyo acknowledged that he was too naive the first time his startup approached the VC firm. The ability to do self-reflection and understand what went wrong are key traits of a successful startup founder, East Ventures says.

Several months after East Ventures’ investment, Loket was in talks with Gojek to explore potential strategic collaboration on bringing Go-Tix, the ride-hailing unicorn’s ticketing arm, to the next level.

After several discussions, the two companies realized that they have the same vision for the entertainment industry’s disruption in Indonesia. The initial plan for collaboration then turned to acquisition, and the rest is history.

As an early investor of Loket, East Ventures says it was happy to get a good return. But more importantly, it was glad to support Sulistyo’s success and contribution to Gojek’s ecosystems and, ultimately, Indonesia’s digital ecosystem as a whole.

Loket’s contribution to Indonesia is real and substantial. Following the acquisition, it essentially took over Go-Tix in addition to running its primary business, Loket for Business. At the time, Go-Tix served as a booking platform for movies, football games, and other events that could be paid using Go-Pay, Gojek’s e-wallet.

In 2018, a major feather in Loket’s cap was being appointed the ticket management platform for the Asian Games and Asian Para Games. It assisted the official ticket vendor of the said events in handling the huge volume of transactions and coupon redemptions. The process was too slow, but Loket’s team brought their technology and execution muscle to the table.

In the same year, Loket launched Loket.com, a self-service event management platform for small and medium-sized enterprises, making its technologies available to all users. With it, Loket hopes to facilitate the creation of thousands of small- and medium-scale events every year.

As of this writing, the company has reached more than 1,000 events created per month, or more than 30 events per day, through Loket.com. 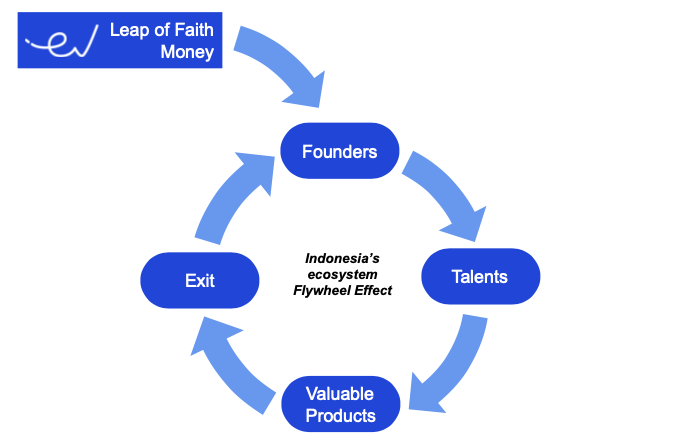 In a nascent ecosystem like Indonesia, a small and quick win can go really far. It will turbocharge the venture ecosystem for various reasons:

Sulistyo is now CEO of Go-Entertainment, one of the most exciting projects of Gojek in Indonesia and Southeast Asia.