Skip to content
Got “Mental Struck,” Platforms can now help 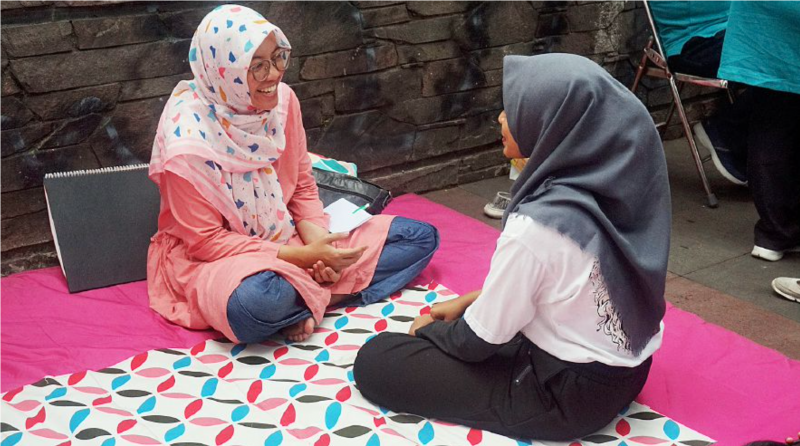 Changes and innovations are not constantly bringing good stories. It appears to create mental health issues, which emerge to be more complex. Thus, “Kena Mental” (English: Mental Struck) appears. Traditional consulting might not be enough, so people are looking for platforms to share their problems.

Nowadays, several platforms can facilitate people to consult on their mental health issues, such as Mindtera, Riliv, and Bicarakan.id. These platforms can eliminate the problems of reluctance, shyness, and talking issues. The growth of mental health platforms stands very promising.

“When we fight with our partner, we do not go to a psychologist, but it needs a preventive action. We would figure, what was the problem? Thus, Mindtera exists to meet those needs,” Tita said. Established in April 2021, Mindtera was then launched in June 2021. In August, the platform secured seed funding from East Ventures. During four months of operation, total download users reached 4,000 users, including corporate customers.

Users are asked to do personal coaching (self-coaching) when they find any problem; they can watch the provided content. They will have a new perspective, observe themselves, and do breathing practice, meditation, as well as sharing.

Mindtera was built from her own experience. Tita previously worked at an international tech company and built relationships with friends from other nations. She started to think about the mental health issues when she was pregnant with her second child.

“I had complications during my pregnancy. My work performance dropped, as much as my daily life did. I thought there was something wrong. In 2018, mental health had yet to become a common issue at that time. Thus, if we went to a psychologist, we were assumed to have mental issues, which was a shame. The perspective was still bad,” she explained.

She tried to see both a psychologist and psychiatrist. She felt the effect, but fundamentally, it was only stress, not a chronic mental health issue. She tried to find another alternative because the traditional approach was an old model and expensive.

“I found life coaching as a famous method in Western culture. The mentors are usually book writers. The participants felt closer, and there were no obstacles between us. This method trains us to be more focused and concentrate. It is similar to what the religions apply: when we pray, we need to focus,” she said.

With life coaching, Tita felt an improvement in her quality of work, changes, and she could navigate herself better. She also started to feel less reactive and not impulsive, making a decision much wiser. This had also impacted the family relationships and time utilization to be more quality.

Reflecting on her experience, she saw 21 percent of productive age are experiencing chronic mental health issues in Indonesia. Meanwhile, the number of practitioners dealing with mental health is far from the WHO standards. As a ratio, one psychologist and counselor can treat 30,000 people. Yet, the number of psychologists or counselors did not reach 3,000 people. Thus, one psychologist has to deal with hundreds of thousands of people.

“It is not ideal. I imagine people with chronic mental health problems could be handled professionally, but what about the others? They do not know if there is an alternative, which can provide self-counseling or self-healing with a new perspective,” she said.

She had attempted to solve the limitations by creating a school related to mental health. However, this method still lacked, particularly on the access and the resources. Finally, she made a content recording for educational purposes where people can learn on their own.

The platform can fix three aspects: ease of access, efficient cost, and structured programs. She was optimistic about implementing the method. “Technology can answer this problem, I can reach all over the nation, because the content is recorded, and can be accessed by many people, and does not take a lot of resources,” she said.

Audrey Maximillian Herli, Co-Founder of Riliv, said that he began establishing Riliv in 2015 but officially became a company in 2018. In the beginning, while he was surfing on social media, he saw many people vent through their social media accounts.

“Instead of getting solutions, in fact, many were bullied. That phenomenon is still happening to this day. So why not put it in the right place? After I got advice from my mentor, I started to build a platform. Not only a place to vent but also where to consult with a professional psychologist,” Maximillian said.

The platform was developed not only for consulting but also for self-healing and online meditation anytime and everywhere.

The number of current users reached more than 700,000. Professionals who have joined have exceeded 100 psychologists and other experts. Users can consult via text, voice, and video calls for 60 minutes. People can also do meditation.

“People have become aware of mental health. During the pandemic, our total users increased four-fold compared to the pre-pandemic,” Maximilian explained.

He hopes Riliv can become a platform that accommodates the next generation, as Gen Y and Z will dominate the productive age. When they are under high stress, Riliv wants to facilitate them.

“Technology makes it easier. We want to help in the mental health sector. We will not replace existing psychologists but complement them. Riliv becomes the gateway, at least for a chat and consultation. Then, the customers can meet directly with the psychologists,” he said.

From the users’ view, they find it helpful and are not embarrassed to consult. People feel comfortable with psychologists and do not see it as a taboo.

“The trend has changed. Mental health becomes something important because it is socialized by public figures. Mental health consultation becomes a usual thing. Users feel happy because they can express themselves freely, while sometimes they do not share it with relatives or friends,” he added.

Riliv also ensures privacy safety. The platform partners with professional psychologists who have a practice license and carry out their duties according to the code of ethics, so they will not reveal the secret to the public. 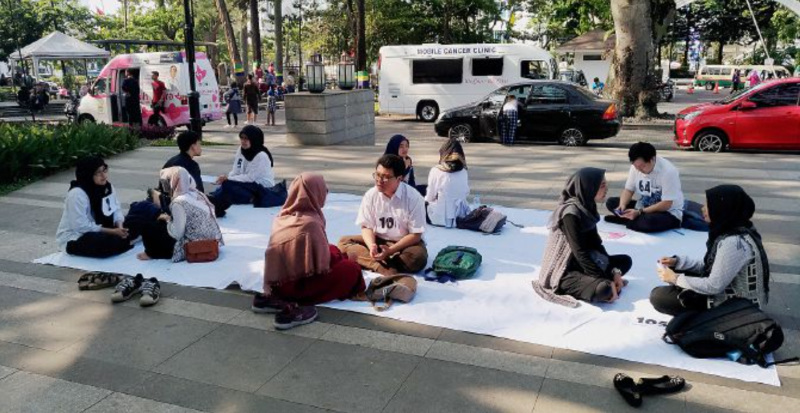 Looking for a meaning

Founder and CEO of Bicarakan.id, Andreas Handani said that the platform is almost two years old. He built the app because he was interested in listening to a psychology therapist.

“I know a clinical psychologist professor in Toronto, Canada. He often teaches and uploads content online. I learned his content, but I have never thought to work in the psychology industry,” he explained.

Before this, Andreas worked as a copywriter. During his previous job, he felt something was amiss and attempted to figure out the meaning of life. He thought he would like to choose a profession with a significant purpose if he could choose any career.

“When I didn’t know where to go, I remembered that professor. What could I do? How could I spread the knowledge? In Eastern culture, people are shy, do not open up with a psychologist, and tend to ignore the problem.” he said.

People found it difficult to go to the consulting bureau or hospital for consultation. Then, he thought of building something. Through LinkedIn, he contacted 40 psychologists. Only two people replied to him. One of them is his partner now.

“I made a page and placed ads on Google. The service started using WhatsApp. At that time, there were 200 clients. I matched the schedule and the right psychologist. Today, people only need to use the app. You can open and know which psychologists are available. Customers can choose. 27 psychologists are joining, and we have around 1,254 clients per month,” he said.

The communication facilities use voice and video calls. Bicarakan.id has also launched the new “Rumah Bicara”. After the online consultation, the customers can meet in this house.

“What will be the next step? As a nation that will move forward, new challenges appear, including mental health challenges. The problems become more complex and will change. The relationship issue, emotion control, anxiety, and others will appear,” he added.

Business-wise, Bicarakan.id expects to be the ecosystem that accommodates Indonesians to talk about problems they face and have someone to assist them.