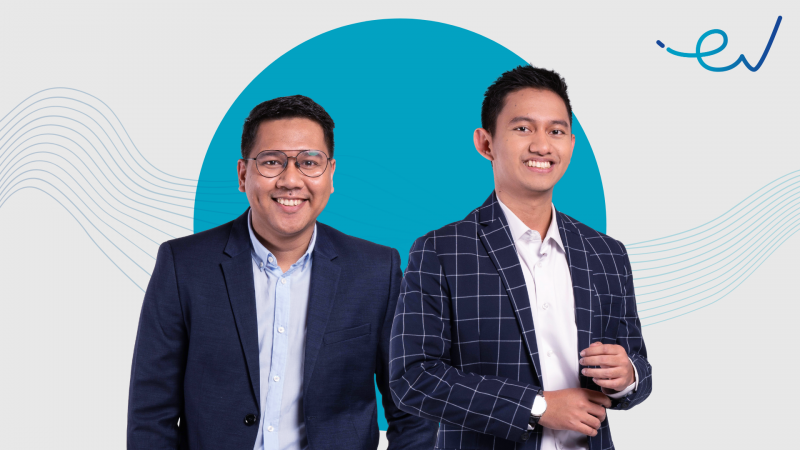 Belva Devara and Iman Usman, Co-founders of Ruangguru, have both experienced the challenges of Indonesian education firsthand. Both of them originated from humble backgrounds and statistically speaking, access to higher education seemed improbable to them. Especially when quality education is still considered a privilege in the country.

Now the CEO of Ruangguru, Belva Devara, used to find it difficult to find private tutors to help with the preparations for university enrollment tests in the States. Meanwhile, Iman Usman, COO of Ruangguru, was born and raised in Padang, West Sumatera. At the time, setting foot into one of Indonesia’s top colleges, the University of Indonesia, was like a dream come true for him.

However, Iman saw a wide gap between out-of-province students and those who originated from Jakarta, the capital of Indonesia. As he recalled, only 40 West Sumateranese students were accepted into the University of Indonesia among 10,000 scholars in his batch in 2008. Meanwhile, one of the Jakarta-based high schools had sent over 100 students to the same institute. These numbers show how broad the gap in education access among provinces in Indonesia is.

Through hard work, Belva and Iman managed to overcome these challenges and successfully studied abroad at the world’s best universities on full-scholarship, namely Harvard, Stanford, Columbia, and MIT. Seeing how quality education had transformed their lives, Belva and Iman believe that providing equitable access to education is essential to improve a person’s chances at a better livelihood and the overall quality of well-being and education system in Indonesia.

Both of them then turned to technology to find a solution, to bridge the gap. In 2014, as they studied abroad in the US, Belva and Iman finally established Ruangguru as a marketplace to connect students and private tutors. In the same year, Belva and Iman flew back to Indonesia and met Willson Cuaca, the Co-founder and Managing Partner of East Ventures. In just 15 minutes, East Ventures agreed to invest in Ruangguru and became the first investor of the edtech startup.

Along the way, Belva and Iman realized that the business model was difficult to scale due to the limited number of tutors available and the less affordable costs for users. Thus, they adjusted the business model and developed Ruangguru as a subscription-based online learning app. This new business model enables Ruangguru to reach small cities and remote areas across the archipelago.

As Southeast Asia’s largest economy, Indonesia is also the fourth largest education system globally, with over 60 million students, 3 million teachers, and 500,000 schools. However, the country obtained low scores in the 2018 PISA survey and ranked 74th among 79 countries. Disadvantaged students, such as those who are poor, live in remote areas, or have disabilities, are often behind their peers in the same grade. Supplemental education might not be affordable for most people as the annual fee for after-school tuition takes around 1/4 of yearly income in Indonesia. Besides, the youth unemployment rate in Indonesia reached 20.5%, ranking second in Southeast Asia, due to the skill gap in the Indonesian workforce.

In 2022, Ruangguru recorded over 30 million users in Southeast Asia, doubling from 15 million users in 2019. The platform has partnered with more than 200 organizations and 400 schools in 490 districts and 34 provinces across Indonesia. Additionally, over 70% of Ruangguru users are based outside the big cities and did not yet have access to tuition chains before Ruangguru.

“Students in small cities and remote areas might not have other alternatives to access quality education. Ruangguru shows how technology can be transformative in education, providing equitable access for those who are disadvantaged and face challenges in education,” said Iman.

Improving the quality of teachers and education infrastructure

According to the East Ventures – Digital Competitiveness Index (EV-DCI) 2022, the distribution of education in Indonesia is unequal, particularly in terms of the quality of teachers and education infrastructure caused by Indonesia’s uneven economic development. Moreover, the EV-DCI 2022 survey highlights that 90% of the respondents agreed that the quality of teachers is the main factor contributing to the unequal education quality in Indonesia.

Statistics Indonesia (BPS) showed that qualified teachers (with at least a Bachelor’s Degree) have increased from 89.33% in 2018/19 to 95.78% in 2020/21. However, there is a gap in the distribution of qualified teachers in Indonesia, with provinces in western regions of Indonesia having a higher percentage. The average rate of qualified primary school teachers in western areas is 95.14% higher than in eastern provinces with 89.17%.

Additionally, the EV-DCI 2022 survey showed that 83.3% of the respondents agreed that the facilities and infrastructure are other significant factors that contribute to the unequal quality of education in Indonesia. Supported by BPS data for the school year 2020/2021, the percentage of primary school classes in good condition varies between provinces. The gap between the highest and lowest percentage areas is vast, with Jakarta’s 72.88% and Bengkulu’s 36.34%, respectively.

To address this disparity, Ruangguru has initiated the Indonesia Teaching Fellowship (ITF) a teacher training program that focuses on cultivating competent, well-rounded teachers capable of educating Indonesian students to reach their full potential. The ITF adopts a blended learning approach with a curriculum designed to improve teachers’ pedagogical competence, technological skill, professional comprehension of every subject, and social competence. To date, ITF has trained and mentored tens of thousands of teachers in 33 cities across 15 provinces in Indonesia. As a result, in 2021, ITF participants’ tryout scores for the National Teachers Competency Test improved by 71%.

In the same vein, Ruangguru also launched the Indonesia Learning Fellowship (ILF), a scholarship program aiming to improve and facilitate access to quality learning materials for students who face economic challenges and other limitations. The ILF has helped 85% of more than 4,500 participants to enter top public universities (PTN), and improved their academic performance by 74%.

Technology transforms the education sector, yet needs support from stakeholders

Over the past five years, technology implementation has revolutionized Indonesian education. The rapid growth of edtech startups and the acceleration of digital transformation are the main reasons for this change. From classroom management tools, online tutoring platforms, and professional skill courses for lifelong learners, technology has been implemented in almost every aspect of education.

Moreover, there has been a shift towards two-way and student-centered learning, where teachers function as facilitators. With the ease of access to information, students can gain knowledge independently without relying solely on teachers. Instead, teachers provide a room for students to learn through open discussion and observation.

While technology does significantly help in catering to the needs of Indonesian students, all stakeholders in education, such as the government, schools, private companies, and other relevant stakeholders must work together to improve inclusivity and equitable access to education resources. After all, quality education is the key to unlocking better opportunities for Indonesia’s future and livelihood.