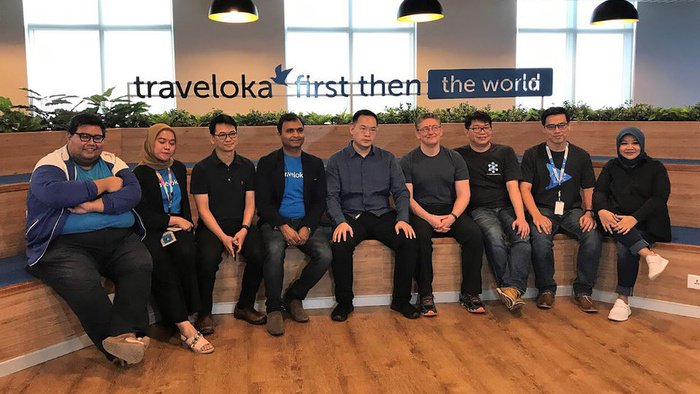 Indonesia, 29 January 2019 – Indonesian online travel platform Traveloka, which is one of a handful of local tech firms to have reached a valuation above US$1 billion, officially opened a new office in Bangalore, India, today. The inauguration was attended by co-founder & CEO Ferry Unardi and a number of senior executives from the head office in Jakarta.
The opening of Traveloka’s office in India marked the company’s first foray outside of Southeast Asia. Its services are already available in Thailand, Malaysia, Singapore, Vietnam, and the Philippines, and it already has one Research & Development centre in Singapore.
Traveloka’s vice president of engineering in Bangalore, Prashant Verma, said that the new office will play an important role in developing technological innovation at Traveloka as it equipped with sophisticated infrastructure and facilities.
“The team here is working to prepare a platform and product that can continue to provide experience and engagement for Traveloka users and certainly build other capabilities needed by the company to continue making Traveloka a world-scale technology company,” Verma said in an official press statement as reported by local media.
India is known as one of the fastest growing technology countries in the world and Bangalore is touted as the country’s “Silicon Valley” as it is home to many multinational tech companies and IT experts.
Before Traveloka, another Indonesian tech startup, Go-Jek had already opened an research and development facility in Bangalore in 2016 which also serves as the training centre for hundreds of Go-Jek engineers both from Indonesia and India.
Traveloka’s Bangalore office has already been operating since the start of the year. The office is said to have some 60 engineers at the moment. In total, Traveloka says it employs more than 500 engineers from all over the world.
The app has been downloaded more than 40 million times and it offers over 40 local payment options to suit customers in Indonesia, Thailand, Vietnam, Malaysia, Singapore, and the Philippines.
In December last year, Traveloka made a bold move by acquiring three online travel agents from Japanese firm Recruit Holdings for US$66.8 million. The three firms are Indonesia’s PegiPegi, Vietnam’s Mytour, and the Philippines’ Travelbook. Buying out the three rivals has solidified its foothold in Southeast Asia.
By nic|2022-08-05T10:23:30+07:0029 Januari, 2019|East Ventures|
Page load link
Contact us