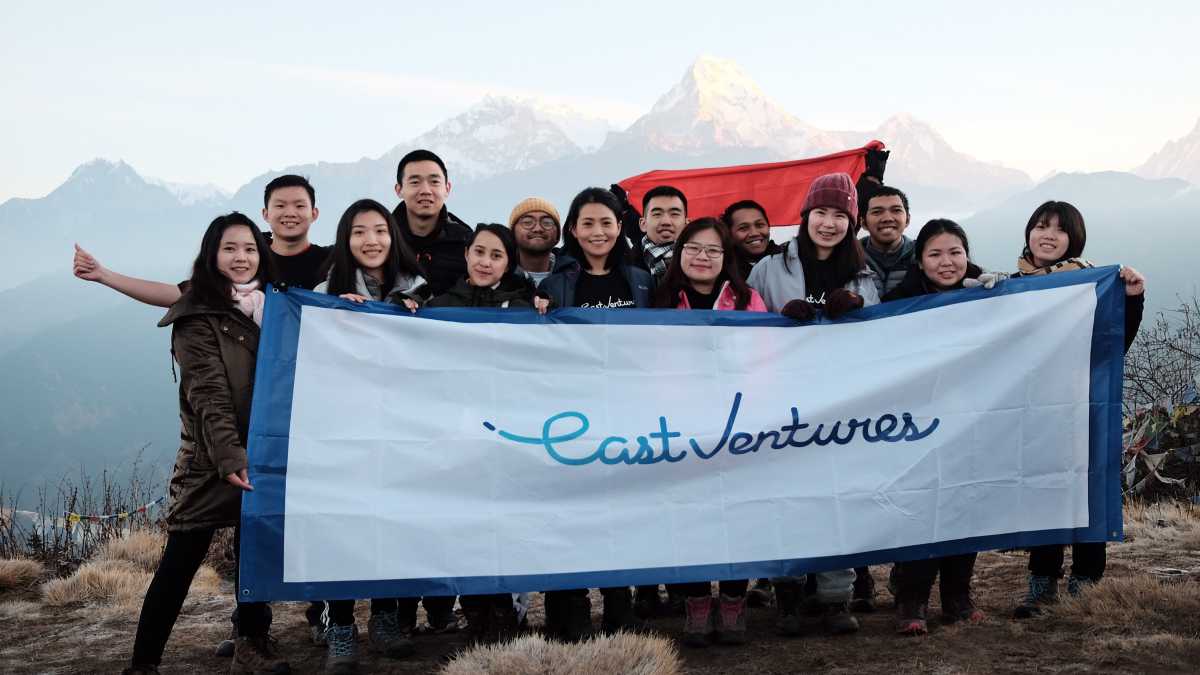 Since East Ventures’ inception in 2009, we have invested in more than 400 companies in Southeast Asia and Japan. Our portfolios spans a diverse range of industries, from commerce to Software as a Service (SaaS) to fintech and more.

We are dedicated to developing startup ecosystems in the region, and aims to give young companies a real shot at success. In no particular order, here are nine key facts about East Ventures.

Willson, from Indonesia, came to the table with experience in network infrastructure and internet security. A Binus University graduate, he had built several tech products prior to co-founding East Ventures.

Taiga and Batara are based in Japan. Taiga helped launch Yahoo Japan and then joined Accenture as a consultant prior to co-founding East Ventures. He also successfully founded the Kronos Fund. Batara built and served as CTO of a Japanese social networking company called Mixi prior to co-founding the VC firm.

Willson and Batara were both appointed as advisors to Alibaba’s eFounders Fellowship program in 2018. 40 startups from 11 countries participated in the program.

With several of our early stage investment funds, we have successfully been able to maximize its reach in different areas. East Ventures’ fund sizes evolve and adapt to the needs of the ecosystem. We also has a later-stage fund operating under the name EV Growth, which has earmarked US$200 million more for the region.

3. The smell of ripe opportunities

In our first three years, we made around 26 investments. Ten of them went on to secure follow-on investments. Two were acquired by other companies.

Since then, we have fostered several ‘unicorns’ (companies with valuations of US$1 billion or more) in our portfolio, such as Tokopedia and Traveloka.

4. Timing is the key

We make no secret that our markets of focus is currently Indonesia. The country has vibrant startup ecosystem that are well-established and ripe for new internet companies to thrive in.

“Indonesia has a very good ecosystem for startup development, not only because of the many problems that startups can explore and improve with digital applications, but also a promising market followed by good talent, growth, and increasingly favorable regulations,” said Willson recently during a forum by the Indonesia Embassy in Singapore. “This makes Indonesia one of the countries in ASEAN that is very attractive at this time, and will continue to be in the future.”

Since 2009, we were focusing on the early stage startup with young and mostly first time founders. With more than 400 companies and two Indonesian unicorns in our portfolio, we continue to innovate and serve the startups we backed.

Currently, 80 percent of companies in our portfolio are operating and thriving.

6. The hunt for more unicorns

We are the early backer for Indonesian ecommerce giant Tokopedia and online travel agency (OTA) behemoth Traveloka. We also have some shares in Singapore-based ride-hailing juggernaut Grab.

When East Ventures invested in Tokopedia in 2010, Batara said on record: “We are confident Tokopedia has the vision and execution ability to be an industry leader in the online marketplace business in Indonesia.” As of December 2018, Tokopedia was valued at approximately US$7 billion according to TechCrunch.

Traveloka has seen gargantuan success since East Ventures’ investment in 2012. The OTA began as a flight meta search engine, but now provides a host of booking services including hotels, tours, attractions, activities, car rentals, and restaurant vouchers. It recently expanded its services to Australia.

We also have an exit with ecommerce facilitator Kudo, a startup which was acquired by Grab in 2017 in a deal size worth two of our investment funds. Kudo runs a unique online-to-offline business model, and its acquisition was meant to help Grab expand its digital payments apparatus at large.

We always be looking for new ways to innovate and empower companies. In the decade since the firm began, we has developed and tested different investment hypotheses to determine what the best ways forward are in emerging markets.

For example, we have used the “time machine” hypothesis by observing the chain of events that unfolded in ecosystems like the US and China. We determined that ecommerce was the main locomotive for the two developed markets. As such, we began investing heavily in ecommerce players between 2009 and 2012.

Currently, we are setting our sights on other sector, such as “new retail” — utilizing tech infrastructure that already exists locally to help new startups strengthen their own products.

8. It’s all about the people

People and potential market size are our core priorities when we want to decide whether a company is worth to invest or not. Good founders usually have a level of integrity, self-awareness, and a paradoxical mindset.

We believe that good founders will create good products. According to Willson, the product can change, but the founder and market cannot, which is why East Ventures focuses on getting good people in a big market. For this reason, we do not place as much importance on the early product itself, like many other investors often do.

East Ventures careers are attractive and full of possibilities. We almost always open new doors for team members. Many of our members have gone on to further their careers by joining the management team of an East Ventures-incubated startup, or even becoming founders themselves.

Currently, we have 21 talented team members in Jakarta, Japan, and Singapore. We recently appointed our first female Partner, Melisa Irene. She is the youngest Partner in the company, having joined East Ventures right out of school as an Associate. Since then, she successfully closed multiple key deals for the firm before earning her role as Partner.