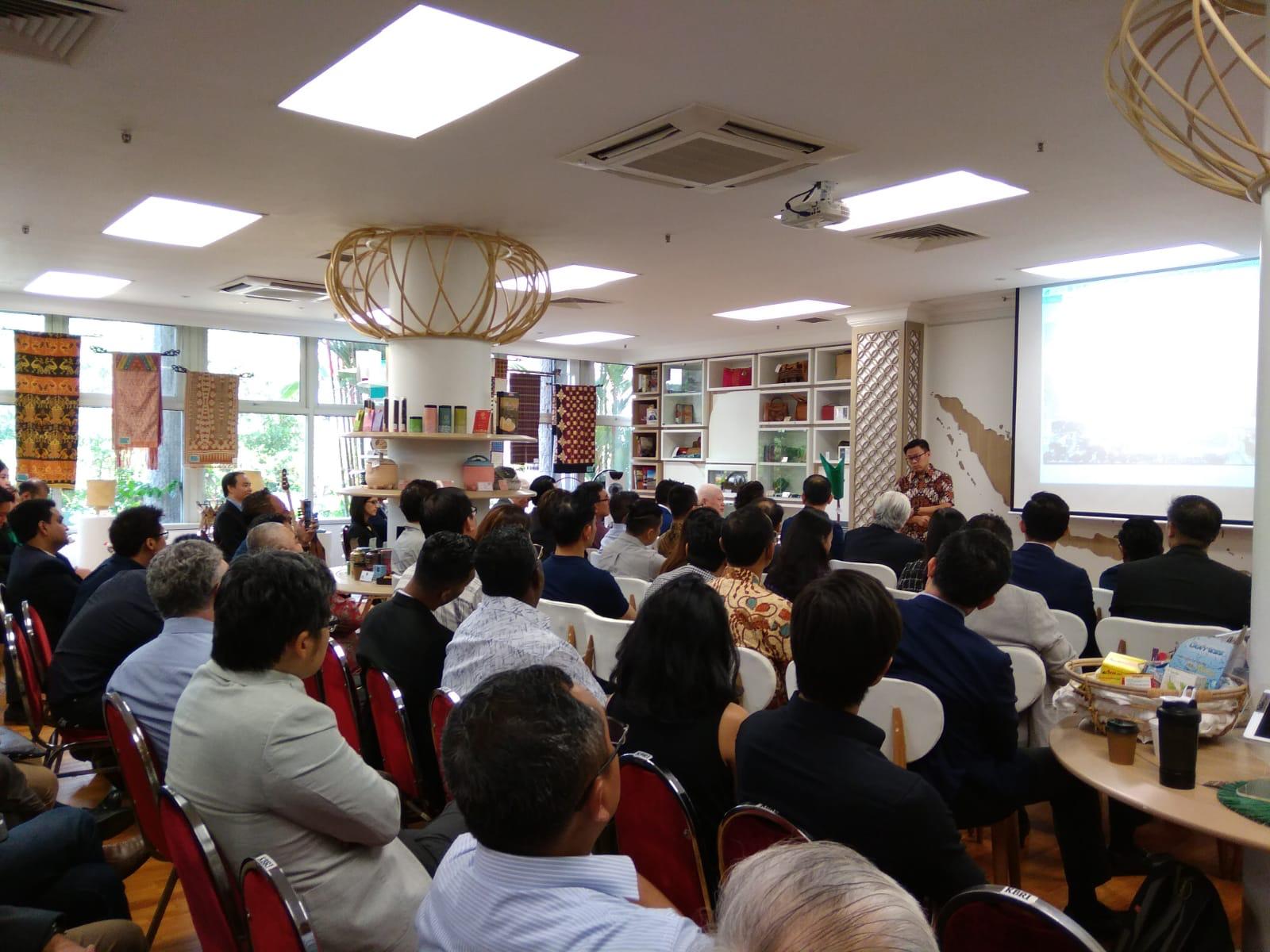 Singapore, 22 February 2019 – Indonesian Ambassador to Singapore Ngurah Swajaya has urged Singapore investors and start-ups to tap in the potential of the digital economy in Indonesia. A total of 59 investors, venture capital firms and startups attended the discussion, entitled “Indonesia 101: The State of Indonesia¿s Digital Ecosystem”, according to a statement from the Indonesian Embassy in Singapore on Friday.
The event was also attended by Co-Founder of East Ventures, Willson Cuaca, and Chairman of Singapore Fintech Association, Chia Hock Lei. During the opening ceremony, Indonesian Ambassador to Singapore Ngurah Swajaya opened a discussion by conveying the potential of Indonesia’s digital economy, which is currently the largest in ASEAN.
Ambassador Ngurah also invited venture capital (VC) firms and investors to participate in the Regional Investment Forum on March 11 in Jakarta and explore investment opportunities in the digital economy in Indonesia.
“Indonesia’s creativity and young talent is the main factor for the growth of 4 unicorns from Indonesia that have been developed by young talents, which currently has an economic valuation above US $ 1 billion,” according to Ngurah.
“In addition, the Indonesian Government provides strong commitments to improve conducive conditions and ecosystem, especially in the ease of doing business for investments and ecosystems that support investment in the startup sector and the digital economy,” he said.
Ambassador Ngurah’s statement was reinforced by testimony given by Willson Cuaca, who had invested and participated in the growth of several unicorns in Indonesia since 2010.
“Indonesia has a very good ecosystem for startup development, not only because of the many problems that startups can explore and improve with digital applications, but also a promising market followed by good talents, growth and increasingly favorable regulations for startups businesses,” he said.
“This makes Indonesia one of the countries in ASEAN that is very attractive at this time, and into the future,” he continued. Some Indonesian unicorns have even penetrated into ASEAN countries by utilizing the ASEAN Economic Community¿s more than 600 million residents.
Meanwhile, Chairman of the Singapore Fintech Association, Chia Hock Lai, who will soon be launching a coding school for fintech and blockchain, also attended the event, accompanied by the Chairman of Nongsa Digital Park, President of Citramas Group, Kris Wiluan, and CEO of Glexindo, Hadi Lee, along with several top venture capital firms, investors and Singaporean startups.
The total investment from Singapore into Indonesia during 2018 has increase by 9.1 percent, or USD 9.2 billion, and this again places Singapore as the largest investor in Indonesia.
Chia Hock Lai also discussed his experiences in investing in Indonesia. He is now pioneering the opening of a coding school, in collaboration with business players from Indonesia.
Speaking in front of other potential investors, Chia Hok Lai expressed her confidence for investors to invest in Indonesia, and praised the cooperation and support of the Indonesian Embassy in Singapore.
“For 2019, we are committed to increasing our investment in Indonesia, especially in the field of Education, because the rapid development of the digital economy requires new talents,” he explained.
“We also have a strong commitment to the development of the startups ecosystem and the spirit of entrepreneurship in Indonesia,” he continued.
The Indonesian Ambassador invited all Singaporean investors and startups to attend the 2019 Regional Investment Forum (RIF), which will be held on 10-13 March 2019 by the Indonesian Investment Coordinating Board in Jakarta.
Some 25 venture capital firms have expressed interest in attending the event. As a side event, the Indonesian Embassy will also hold a side event to explore investment opportunities in the field of digital economy, on the sidelines of the RIF, on March 11, 2019.
Ambassador Ngurah also stated that the Indonesian Embassy always stands ready to assist venture capital firms to visit and meet Indonesian startups, for comprehensive consultations, such as match-making, explanations of taxation regulations and labor consultations.
Source: Republika
By nic|2022-07-18T10:48:18+07:0022 Februari, 2019|East Ventures|
Page load link
Contact us