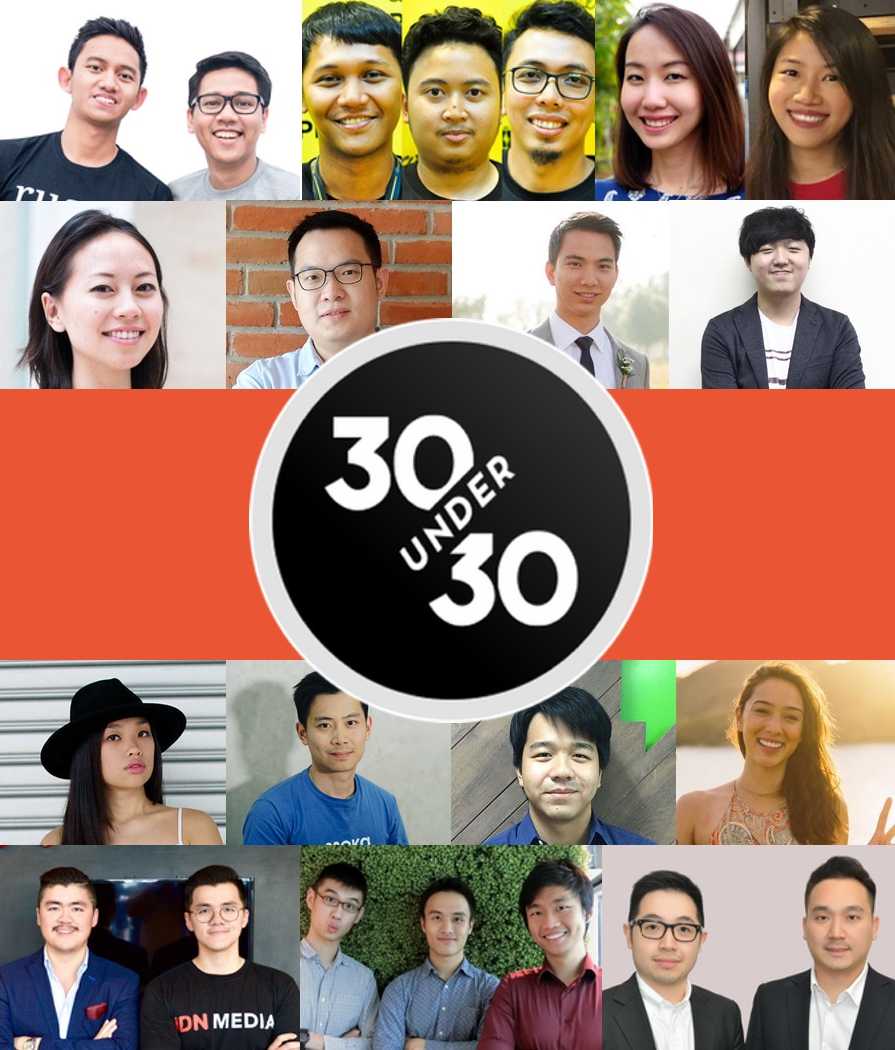 Forbes 30 Under 30 Asia is a set of lists issued annually by Forbes magazines that recognize 300 business and industry figures, with 30 selected in ten industries each.

Together with Grady Laksmono, Haryanto co-founded Moka, a startup founded in 2014 that helps SMEs and retailers to manage payment and other business operations. By providing advanced tools of POS, Moka helps business owners to focus on serving the customers better and growing the business.

Amanda and Metha, 31, co-founded Sayurbox in 2016, a tech supported platform to distribute fresh and organic produces to consumers. By cutting the supply chain, Sayurbox could provide higher revenue for farmers by still offering competitive prices.

StickEarn was cofounded by Archie Carlson and Sugito Alim with 2 other partners: Garry Limanata and Hartanto Alim. The adtech startup has supported over 200 clients spanning across 17 industries within Indonesia, and has paid out $2 million in additional income to over 60,000 drivers.

Warung Pintar empowers micro businesses by providing mom-and-pop stores, known as ‘warung’, by providing them access to technology from wifi to cashless transaction. It has over 1,200 kiosks as per January spread in greater Jakarta area and recently reached Banyuwangi, East Java. Warung Pintar targets to reach 5,000 kiosks by end of year.

Levana Sani co-founded Nalagenetics, a Singapore based genetic testing company. The startup aims to reduce cost-effective tests tailored to Asian populations in Singapore and Indonesia. It works with healthcare providers, such as hospitals, to test and discover potential drug adverse reaction and low prescription efficacy based on patient’s genetic make-up.

Josephine Chow and Lai Shanru are co-founders at ShopBack, a lifestyle portal leading the way for smarter shopping in Asia, with more than 3.5 million registered consumers across six countries : Singapore, Indonesia, Malaysia, Philippine, Taiwan, and Australia.

Joshua is the founder of Talenta, a cloud-based human resource management platform that helps enterprises streamline processes such as payroll and employee database development. Since it is cloud-based, no installation or implementation is needed. Kevin’s broad background in the tech industry spans venture capital, media and telecommunications. In 2018, the company was acquired by Sleekr.

This trio of Singaporean entrepreneurs dropped out of Berkeley, Stanford and Wharton respectively to launch Glints, their talent recruitment and career discovery platform for young people.

Belva and Usman cofounded Ruangguru.com, the #1 tech-enabled education provider in the region. Ruangguru was launched in 2014 as an edtech platform connecting tutors to students. While Syah has a Stanford MBA and Harvard Masters of Public Administration under his belt, Usman did his Masters of International Education Development at Columbia University.

Yin is a cofounder of Shoppr, an online store aggregator app that gives users clothing recommendations. Shoppr as an app lets women find outfits by their favorite brands that are suitable to Southeast Asian tastes.

Ferry returned to Indonesia to found online flight and hotel booking site in 2012- Traveloka today is one of the Unicorn in South East Asia.

Moses is the founder and CEO of Xendit, a payment gateway that makes payments for all kinds of businesses in Indonesia painless. We allow our customers to receive and send money with simple integrations. Previously, he was an associate at Boston Consulting Group. He holds an MBA from U.C. Berkeley, and a bachelor’s degree from the University of New South Wales.

Korawad is CEO of Eko, a workplace communications tool that combines email with mobile messaging for easy search and synchronization. He turned his focus full time to Eko after dropping out of Columbia University, set on fulfilling his dream of showing that Thais can innovate globally competitive technology.