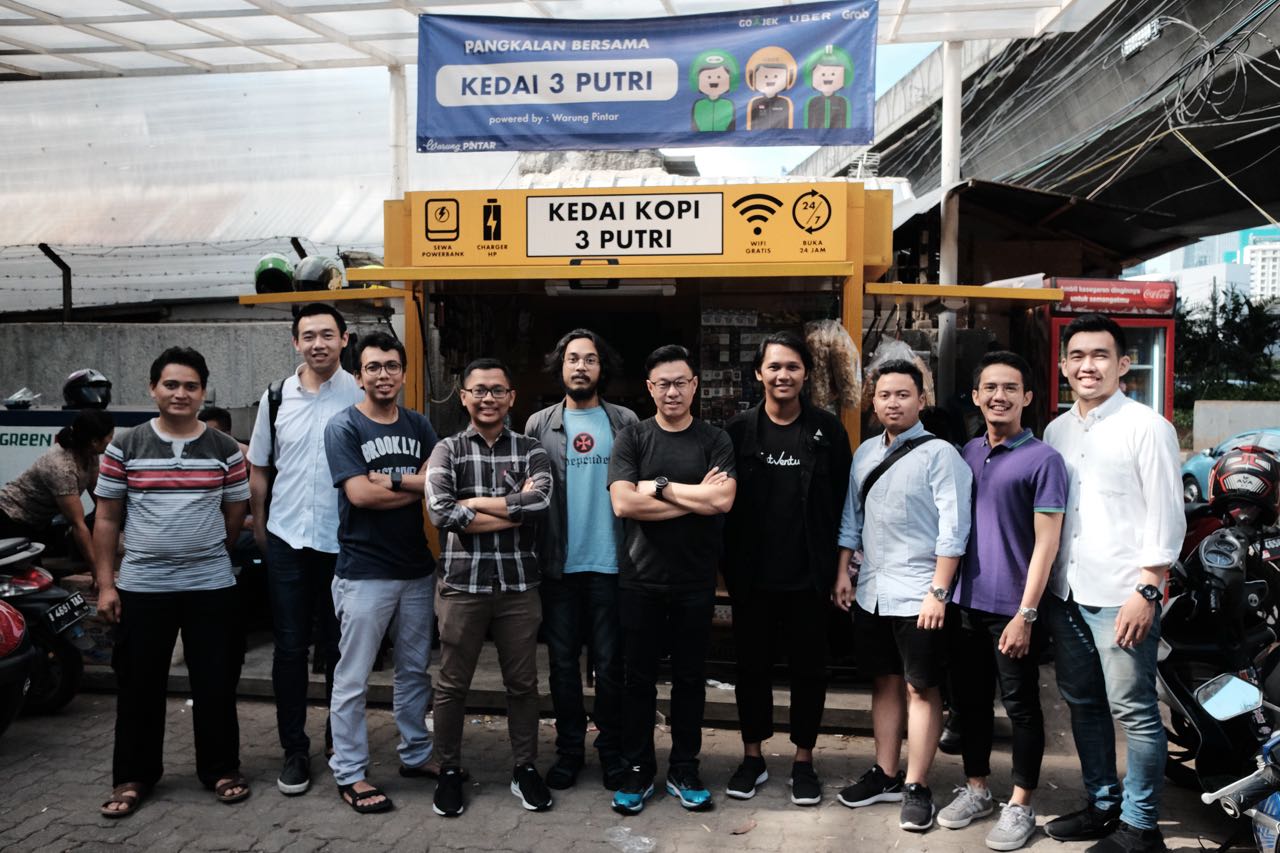 JAKARTA, January 17, 2018 — After successfully incubated EV Hive, East Ventures announces its second internal accidental project: Warung Pintar. This is a continuation of East Ventures’ commitment to work in civic tech project, which was started with the formulation of Creating Shared Value (CSV) unit in early 2016.

Warung Pintar aims to enable digitalization for the grassroots population to improve the community around them. The idea came naturally when the team observes local’s behavior. Warung-small street side retail shop which sells groceries and easy-to-go food and beverage-is an essential part of daily life in Indonesia. Today, Warung Pintar has managed digitalization of eight warungs across Greater Jakarta area.

“Micro SME has been the backbone of the country. Last year it contributed 60% of Indonesia PDB, and we see it will grow even more in the future. Warung as the form of the grassroots micro-enterprise has existed since 19th centuries and embed as the local culture. As we see technology should be accessible for everyone, warung is a great pot for Indonesia everyday people to be immersed in the digital economy.” says Agung Bezharie, former Investment Associate of East Ventures which leads the company as a full-time CEO.

“In Jakarta alone, there is more than 50,000 warung in 2014. Based on our research, each warung makes roughly IDR 1,5 million (USD 110) per day. The interesting part is, on top of the retail shop, warung also acted as a local community center. Customers will spend hours to sip coffee while charging their smartphone, or watch a football match together in nearby warung.” says Harya Putra, Warung Pintar COO.

Joining in the core team of Warung Pintar are Sofian Hadiwijaya and Pandu Kartika Putra. Responsible as a tech lead in the team, Sofyan is an active community builder in Indonesia tech ecosystem. His past responsibility includes leadership position in Kudo, Pinjam.co.id, and Go-Jek. The later, Pandu was associate of the civic project for East Ventures. Prior to East Ventures, Pandu Putra is a civic tech specialist who has been involved in several activities like Code for Bandung and Code4Nation.

Willson Cuaca, the Managing Partner of East Ventures, says, “While the adoption of the digital platform by consumer and merchant are getting fast momentum in Indonesia, we do notice there is a certain segment of society who has no such privilege due to their education level and lack of understanding of the digital world. Warung Pintar took a different approach to serve this unprivileged segment, by not only provide the digital platform but also building physical presence for them. We build end to end solution from finding the land, financing, merchandising and marketing.”

Warung Pintar offers a partnership model with warung owner, whereby these owners need to provide commitment, honestly and their time to mend the warung. This project is an anti-thesis of existing e-commerce unit economics with smaller basket size, non- repetitive users and a small margin.

However this is the epitome of East Ventures portfolio integration since we put all our technology into a single project ie: Warung Pintar cash register is empowered by MokaPOS, bookkeeping, and accounting system is provided by Jurnal, consumer gets phone credit top up to train ticket and other by goods extended by Kudo, fulfillment and last-mile distribution system is provided by Do-Cart, distribution warehouse system is managed by Waresix, all the warungs are serving EV Hive coworking customers and an army of ready to use rides provided by Grab.

“Our mission is to do more social impact than money with this digitalization project and with the strong vision of technology inclusion for all Indonesian.”