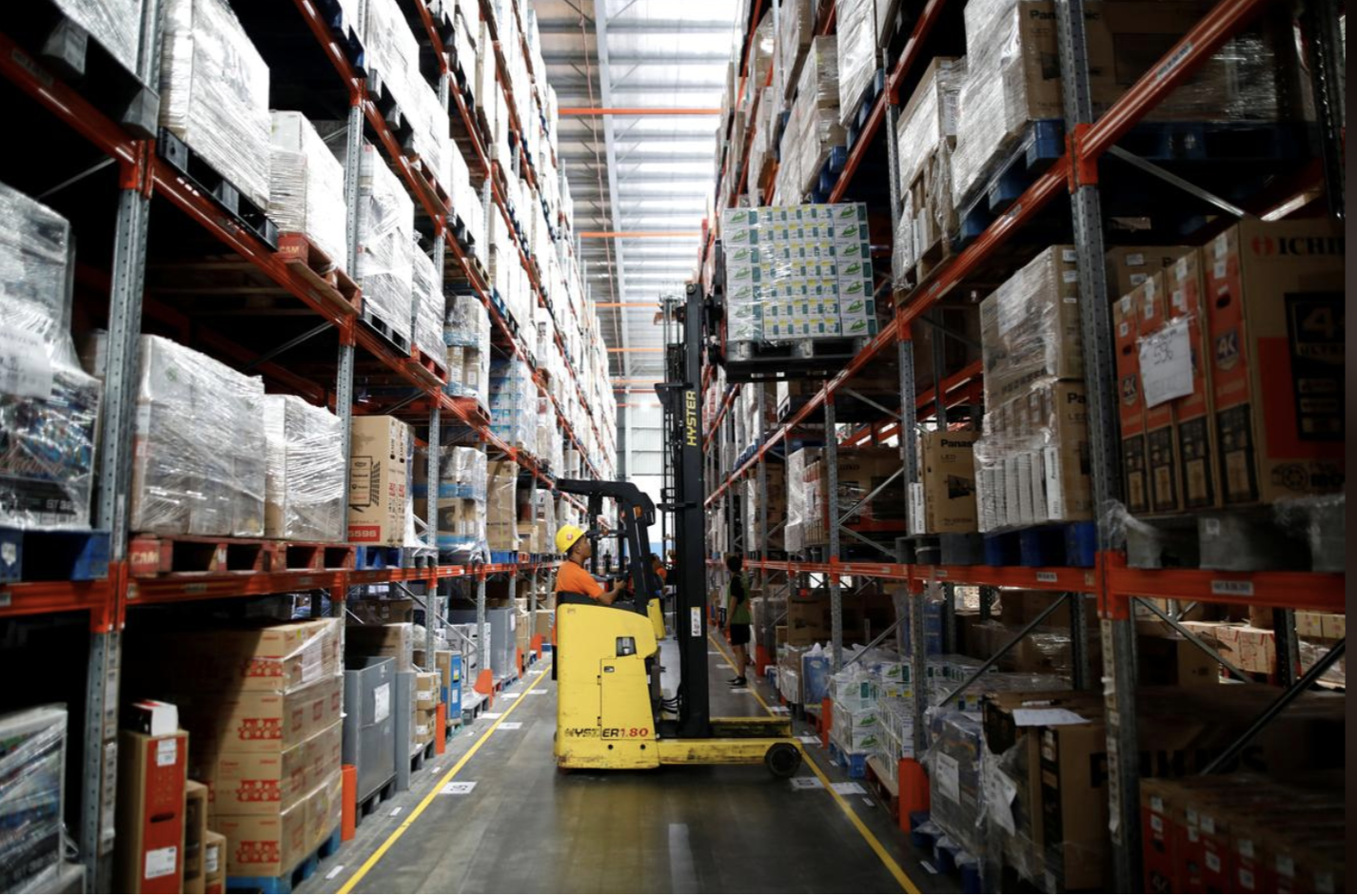 In a warehouse on the outskirts of Indonesia’s capital, supervisors at e-commerce company Lazada use bikes or electric scooters to zip around a floor the size of four soccer fields, where up to 3,000 staff pack and dispatch goods around the clock.
The warehouse is one of five that Lazada has opened across Indonesia to cut costs and expand its reach in an archipelago whose 17,000 islands are sprinkled across an area bigger than the European Union.
Chinese tech firms, including Lazada’s top investor, Alibaba Group Holding, have poured at least $6 billion into nearly every aspect of Indonesian e-commerce.
Lazada uses Alibaba’s inventory management systems and has tied up with ride-hailing companies, often using their motorbikes to deliver goods in a country with creaking infrastructure and traffic-clogged cities.
The payoff could be huge. It is a market forecast to grow from about $7 billion last year to $63 billion by 2027, according to Morgan Stanley.
“Indonesia, both in terms of the customers and behaviour, is a very unique challenge and we need to adapt,” Florian Holm, co-chief executive at Lazada Indonesia, told Reuters.
Lazada and Tokopedia, in which Alibaba is also an investor, dominate Indonesia in customer traffic, with more than 117 million monthly website visits each, according to data from e-commerce aggregator iPrice.
Alibaba doubled its investment in loss-making Lazada to $4 billion in April, underscoring its global ambition to secure a bigger share of the e-commerce market.
Between the investment and the rewards, however, lie enormous complexities.
The World Bank has said logistical costs swallow up around a quarter of Indonesia’s gross domestic product, citing bottlenecks in supply chains, long dwelling times in ports and lengthy trade clearances.
Lazada has opened warehouses in places like Balikpapan, on the coast of Borneo, to avoid hauling everything from Jakarta. Holm said that had in some cases reduced shipping costs by 90 percent. Competitive pressure is growing. Another Chinese heavyweight, JD.com, arrived in Indonesia in 2016. And the US giant Amazon, which opened a warehouse in Singapore last year, may be prepared to dip a toe into the Indonesian market soon.
Chinese Influence
Indonesia’s e-commerce sales are set to rise from 3 percent of retail activity now to 19 percent by 2027, Morgan Stanley estimates. The same report said there were 159 million smartphones in Indonesia at the end of 2016, a number that could rise to 275 million by 2021.
Indonesia’s young population and room for improvement in transportation and communications add to the prospects for growth, the bank said.
That has attracted other Chinese companies. Tencent Holdings, which owns regional e-commerce player SEA, has entered the fray.
Tencent and JD.com have stakes in Indonesia’s ride-hailing firm Go-Jek, while JD.com has invested in online travel company Traveloka.
But Usman Akhtar, a partner at Bain & Co in Jakarta, said Indonesian companies such as Blibli, backed by a unit of the Djarum group, remain a force.
“I would not characterize Indonesia as turning into a replica of China’s e-commerce market, at least not yet,” said Usman, referring to how JD.com and Alibaba dominate in China. Kusumo Martanto, who heads Blibli, told Reuters the company had seven warehouses in Indonesia with seven more planned, and said it was important for local e-commerce companies to compete against Chinese players.
Alibaba founder Jack Ma is on an Indonesian government steering committee for e-commerce, advising on areas such as tax, cyber security and human resources.
Indonesia’s communications minister, Rudiantara, said there was no conflict of interest in Ma’s role, describing him as a “guru” who could help sell the country’s potential.
But some policies seem to be turning toward Ma’s home turf.
Indonesia, which is trying to tackle a shortage of talent in the digital sector, dropped sponsorships for 20 students to study in places like Australia and the United States.
Instead, 10 students will go to India and 10 to China to study this year “because the future of the digital economy is in China and India,” said the minister, who uses one name.
Eying Amazon
Caterine, a 30-year-old housewife who lives west of Jakarta, used to shop in conventional stores once a week, but after her baby was born six months ago, she has been shopping online two to three times a week for convenience.
“I prefer online shopping because it is quick. I can just click and click and the goods will arrive,” she said, adding she mostly used Shopee and Tokopedia for goods such as diapers and clothing.
Morgan Stanley said delivery times of all types across Indonesia are down to about 3 days from 10 days, while deliveries in big cities can take 24 hours or less.
While in urban areas delivery times have greatly improved, other parts of Indonesia’s e-commerce supply chain are still inefficient, said Willson Cuaca, co-founder of East Ventures, a tech investment fund.
“To send goods from point A to B, the logistics company needs at least two modes of transport,” he said, referring to the complications of operating across so many islands.
Amazon, by contrast, prefers to control its own supply chains from start to finish. But entering a market like Indonesia could require it to revisit that strategy.
Amazon Singapore did not respond to a request for comment on whether it had plans for Indonesia.
Much of the U.S. giant’s international focus has been on developing its business in India, even though some view its entry into Singapore last year as a stepping stone for expansion in the region.
“At this moment, I believe it is trying to test the market, by selling products through third-party sellers,” said Daniel Tumiwa of the Indonesian e-commerce Association.
Zhang Li, who heads JD.com’s Indonesian joint venture with Provident Capital JD.ID, was not overly concerned about competition from the likes of Amazon.
“E-commerce is a global and borderless business, so we have to prepare and do continuous improvement to make our customers happy,” Zhang said.
Source: Reuters
By nic|2022-07-18T11:06:26+07:0015 Mei, 2018|East Ventures|
Page load link
Contact us