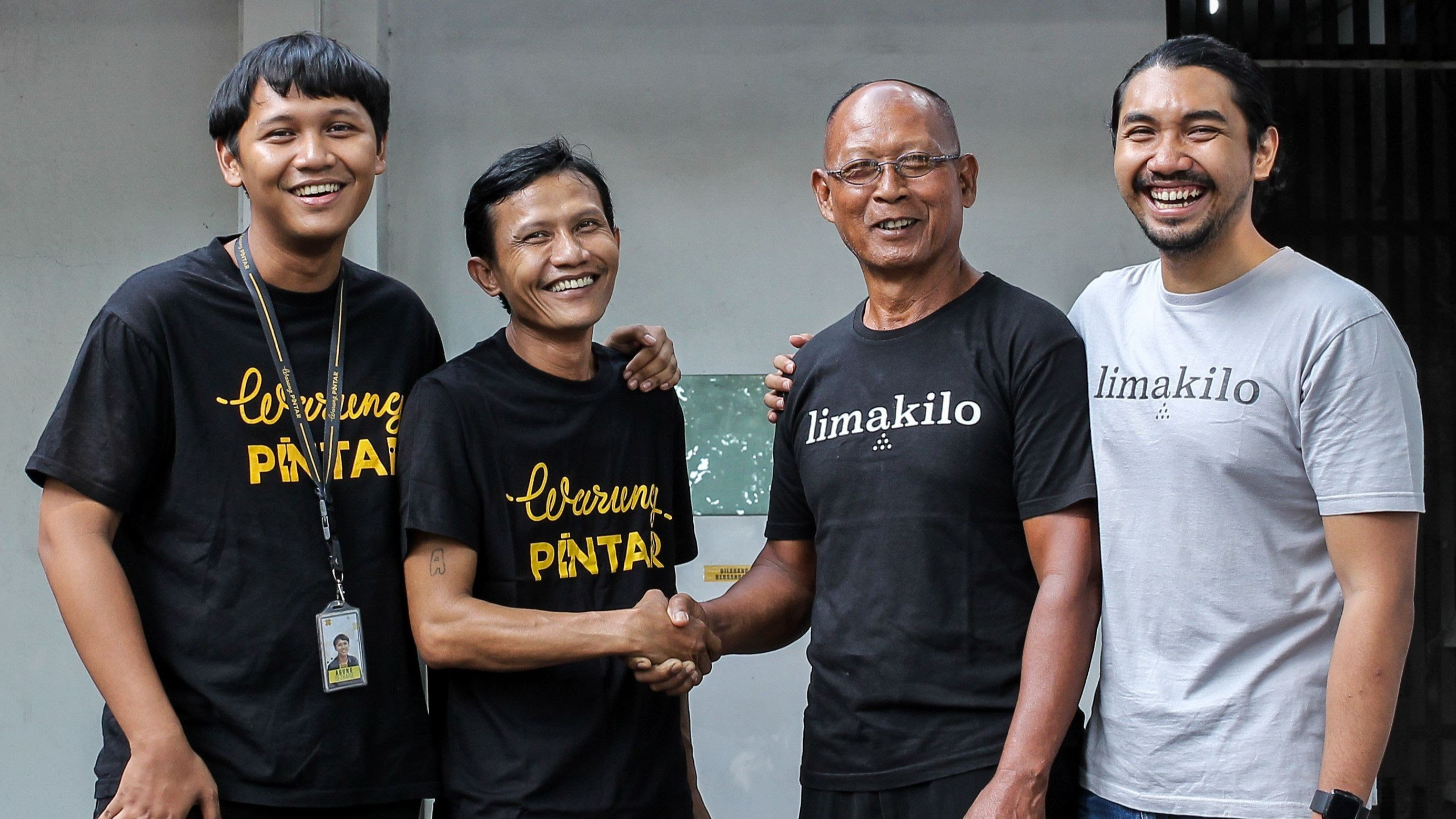 Indonesia, 27 February 2019 – Indonesian micro retail-tech company Warung Pintar has acquired local agtech startup Limakilo, a platform that simplifies the food supply chain by connecting farmers to food stalls and vendors.
The acquisition will enable thousands of Warung Pintar stalls to have direct access to sell staple food items at their digital-based stalls, according to an announcement. No financial details were disclosed.
“High demand for staple food in the community will certainly increase the income of stall owners. In return, farmers will have a better selling price and wider access to the market. Thus, it is a win-win solution that would result in multiplied impact for stall owners and farmers,” said Agung Bezharie Hadinegoro, co-founder and CEO, Warung Pintar.
Founded in 2016, Limakilo aims to give farmers access to hundreds of curated traditional markets and kiosks. The company raised its seed funding from early-stage venture capital firm East Ventures, which is also an investor in Warung Pintar.
In fact, Warung Pintar is one of three startups to be incubated within East Ventures. The other two are co-working space Co-Hive and specialty coffee startup Fore Coffee.
Warung Pintar, which literally means ‘smart kiosk’, is a pre-fabricated kiosk with technology integration for Indonesian SMEs and mom-and-pop stores. A typical pre-fabricated smart kiosk from Warung Pintar features a surveillance camera, an LCD TV, stove and dispensers, a refrigerator, a digital system and a charging station.
The company’s acquisition of Limakilo comes just over a month after it announced the completion of its Series B funding round, in which it raised $27.5 million from investors including SMDV, Vertex, Pavilion Capital, Line Ventures, Digital Garage, Agaeti, Triputra, Jerry Ng, and EV Growth.
The only new investor in the new round was payments startup OVO, which came in as a strategic investor. The deal marked OVO’s first publicly known investment in a fellow tech startup.
Source: Dealstreetasia
By nic|2022-08-04T11:16:38+07:0027 Februari, 2019|Press Release|
Page load link
Contact us