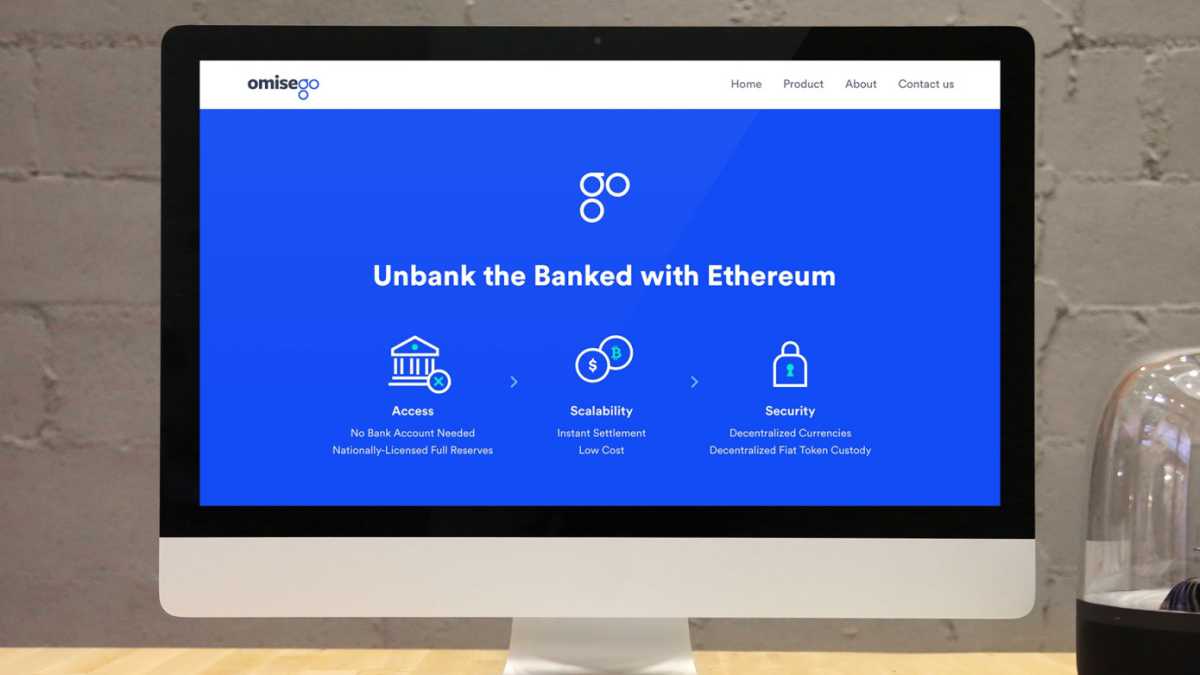 By now you’ve probably heard of ICOs. The alternative fundraising option has been used to raise more than $500 million in funding this year alone, but it has gotten a reputation for unfinished products and untested teams raising gargantuan sums.

One company may have just shown that there is a responsible way to handle an ICO.

Omise,  a fintech startup based in Thailand, has closed $25 million in new financing via a token sale, more commonly know as ICO, that closed today. In doing so, it become the most established tech company to date to take this financing route.

The company, which has raised over $20 million to date from traditional VC investors, held the token sale to raise capital to develop a decentralized payment platform — Omise Go — that it hopes will disrupt the current banking system. The idea is to enable any Omise Go user to share funds through the network without the need for a bank account and without incurring fees or incurring cross-border costs. Beyond peer-to-peer payments, the company plans to sign up retail partners to extend its utility into purchases, and open the system up to other payment players, too.

Omise Go remains under development, however, and it isn’t expected to launch fully until late next year although initial services and products will go live from Q4 2017. When it does launch, it will be powered by OMG, the Omise Go cryptocurrency which is based on ERC20 token standard and was sold in this ICO. OMG token holders will be given the opportunity to make money helping to run the network. That’s much like a software license in traditional thinking, and it mirrors a wider move by Ethereum founder Vitalik Buterin, who is working on ‘Casper’ proof-of-stake functionality for the cryptocurrency.

Omise’s core business is enabling online payments, much like Stripe, in Thailand, Japan and Indonesia, but it became interested in the blockchain a few years ago, CEO Jun Hasegawa told TechCrunch in an interview. The startup provided a $100,000 grant to the Ethereum Foundation’s Devgrants program in 2015 — becoming one of its first donors alongside Microsoft — before identifying a business opportunity for the technology with Omise Go. (It also hired a number of Ethereum Foundation veterans for OMG, and counts Buterin among its advisors.)

The company has sold an initial 65.1 percent of the total float of OMG via this ICO, with a further five percent of the tokens will automatically be given to anyone who owns Ethereum in what is known as an ‘airdrop.’ What’s left is split between funds that will be used to finance OMG/Omise, and an allocation for the team and Omise’s investors.

The OMG token sale is notable for a number of reasons. Omise is one of the more established tech companies to take the ICO route, which to date has been favored by young ventures that are typically in the very early stages of building out ambitious and unproven product visions.

It is also the first real example of a controlled ICO.

Omise capped its token sale at $25 million, eschewing the ‘gold rush’ mentality which has seen other companies raise tens of millions of U.S. dollars more as ICOs have gained a reputation for giving backers huge financial gains quickly. Over the past month or so alone, browser startup Brave raised $35 million in under a minute, little-known fintech firm TenX raised $80 million, an ICO for ICO-enabler Bancor drew $150 million while highly controversial project EOS claimed a record after raising over $185 million in the first week of a year-long ICO campaign.

In contrast, the OMG ICO is capped. Omise initially targeted less than $20 million, but it later increased its ICO target to $25 million due to high demand. The original plan to raise a pre-sale figure of $4 million in OMG coin — a move to lock in traditional investors keen to take part in the token sale — was deemed unfeasible when Omise blew past that figure.

Hasegawa said the firm could easily have raised more than $100 million from pre-sale interest, let alone with others following on when a public sale began, but it instead wanted to keep the figure low and be “responsible.” Likewise, Omise wanted to guard against a few wealthy backers taking all the spoils, as has appeared to happen with other sales.

In response to that demand, it canceled the planned public sale in favor of a more stable and managed sale. Omise forced all backers to register themselves with a handful of brokerage partners ahead of time in order to participate, while it also limited how much each participant could buy.

“We limited the OMG sale to KYC [people who can be identified] in order to prevent a very real possibility of one or two rich people buying almost all the tokens, as happened with [Brave’s] Basic Attention Token (BAT) sale,” Hasegawa explained in a statement.

“Unlike other sales, we didn’t want to raise our sale cap past $25 million because we don’t expect we need more money to accomplish our goal,” he added. “It is both irresponsible and counterproductive to take more than we think we need.”

It’s an interesting approach that comes at a time when — following the EOS campaign — many are beginning to believe ICOs are a money grab for companies and the investors who buy into them. The truth is that token sales clearly have broad potential, but we are still in the very early days of realizing exactly what that might be. Increased responsibility and control around ICOs from other companies may help rein in some of the skepticism and allow the tech community to embrace the undoubted potential of this model. It would be a shame to let the bad apples ruin the barrel.