Skip to content
The Rising Stars of Fintech in Southeast Asia 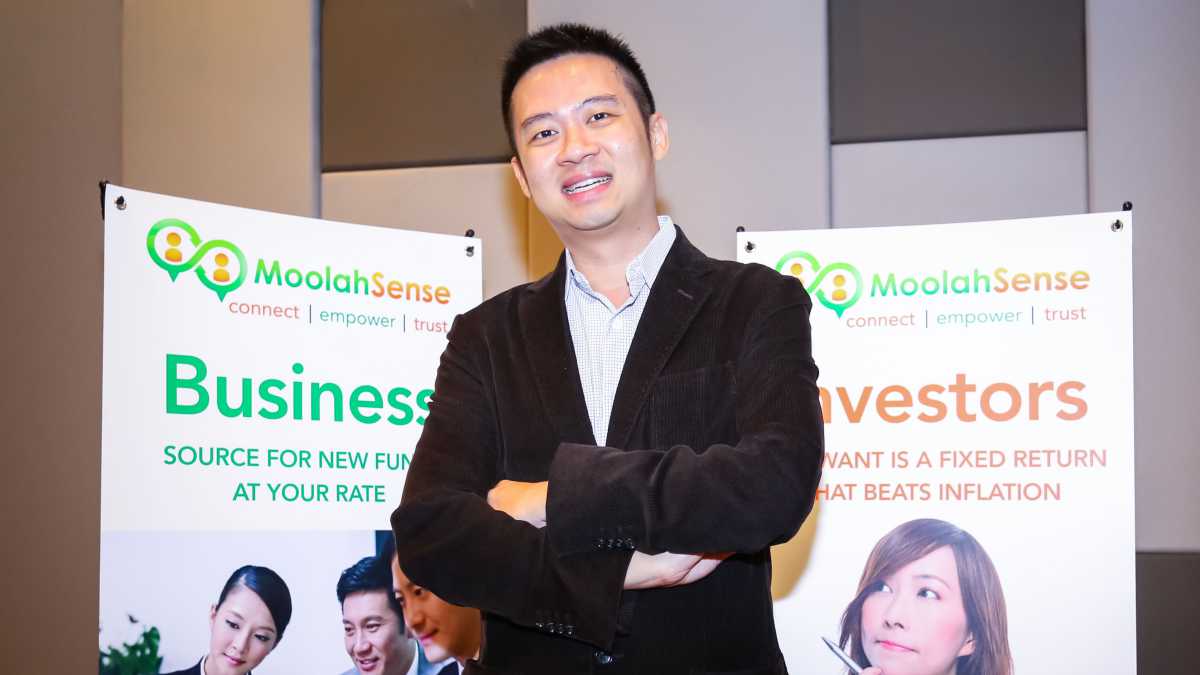 The Rising Stars of Fintech in Southeast Asia

This is the gritty backdrop to Southeast Asia’s burgeoning fintech revolution: flatted factories and grunting delivery trucks in a Singaporean industrial park, where young techies work in a tiny rented office above a car showroom. No glass-sheathed and Persian-carpeted conference rooms here. Just Kelvin Lee, CEO and co-founder of Fundnel, wearing jeans and running a two-year-old online platform that matches ordinary investors with private firms seeking investments outside traditional channels.

Since its inception Fundnel has closed 15 deals worth $49 million—including selling $20 million worth of convertible bonds for a drone maker—and Lee expects that cumulative top line to double by the end of 2017. Firms like Fundnel are part of a cresting wave of fintech firms hitting the shores of Southeast Asia, a point underscored by the famous Hokusai print of a great wave hanging on Lee’s office wall.

According to the McKinsey Global Institute (MGI), the region has 266 million “financially excluded” people, those without access to bank accounts and other basic financial services like credit cards. Southeast Asia also has 30 million SMEs underserved by the financial system, which collectively face a credit shortfall of $175 billion.

So the basic office decor of a fintech start-up like Fundnel is not for show, another gratuitous illustration of garage start-up chic. They mirror the eventual beneficiary of fintech in Southeast Asia: hundreds of millions of poorer consumers who want to spend and borrow more, certainly, but also want to be better equipped to pay for their child’s education, buy a new home, or cope with calamity. Who are, in short, hungry for greater financial empowerment.

“The reason people spend their money on cars and houses is because they can relate to them,” says Lee. “They can’t relate to public markets.”

Fintech is a portmanteau of “financial technology” and refers to any technological innovation in the delivery of financial services. This includes digital payments, investments, financing, insurance, advisory services, as well as enhancements to companies’ internal processes and financial security.

Note that none of these services are new. They are all offered by large banks and other traditional financial players such as insurance companies, brokerage firms, etc. Indeed, a key difference between fintech entrepreneurs and other start-up founders, says John Sharp, Partner at Hatcher, a venture capital firm, is that the former tend to possess more commercial experience and a better understanding of corporate governance and respect for the regulatory environment.

“Most fintechs are based, in some way, on 400-year old [financial] models,” Sharp says.

With fintech firms sprouting up across the region, how are Southeast Asia’s incumbent banks responding? With remarkable foresight, it would appear, perhaps heeding lessons from their Chinese banking peers, who were caught flatfooted by the rise of the fintech arms of Alibaba and Tencent—Ant Financial and Tenpay, respectively—which stole a march on China’s slow-moving banks and have grown into international financial giants.

The region’s banks, such as DBS and UOB from Singapore, as well as Maybank from Malaysia, are making bets on promising fintech start-ups, partly through in-house accelerator and incubator programs. The region’s fintech firms, in turn, are seeking partnerships with banks whose brands and distribution networks they can leverage. Fundnel, for instance, counts major banks as anchor investors for its private equity deals. MoolahSense, a peer-to-peer lender and another fintech company on our list, last year inked a cross-referral agreement with DBS. In the Philippines, online lender First Circle deploys capital from local banks that it uses to grow its loan book.

Other seeming rivals to Southeast Asian fintech firms appear susceptible to being seduced into co-operation instead of outright competition. For instance, foreign fintech giants such as Alibaba has entered India’s e-commerce and mobile payments space via its large stake in Paytm, the industry leader. Industry observers say that model of strategic investment is likely to be repeated in Southeast Asia.

To be sure, real rivals do exist. A Hong Kong-based fintech angel investor believes that Southeast Asian fintech start-ups, particularly in the B2B space, may have trouble competing with fintech firms from the West, many of which are much more mature with deeper pockets and more validation of their business models. “There will be indigenous innovation, but that trend of overseas companies coming into the region will accelerate,” he says.

Payments start-ups are also wary of other big digital firms encroaching on their turf. Garena, the Singapore-based gaming company, has capitalized on its giant regional user base—45 million PC and 15 million mobile users—to shift into e-commerce and payments. Similarly, Grab, the Singapore-based ride-sharing app, last year announced a strategic partnership with Indonesia’s Lippo Group to implement a digital payments platform for their combined 50 million users in the country. Go-Jek, the Indonesian platform that began as a ride-hailing app, claims it now operates the country’s largest digital wallet.

So the question becomes: Are Southeast Asia’s fintech firms being nurtured by the big boys in order to be eventually bought over and swallowed up by them? Or are they destined to remain niche players in low-rent enclaves on the outskirts of the financial world?

Our tour of Southeast Asia’s growing fintech factory, profiling a group of the most exciting homegrown companies, offers no conclusive answers to either of these questions. It is simply too early to tell. But read on and you will find clues that will help determine these start-ups’ fate—and of the regional financial landscape they are already disrupting.

In early 2014, Lawrence Yong, CEO of MoolahSense, a Singapore-based peer-to-peer (P2P) lending platform, was frustrated. His attempts to convince local regulators of MoolahSense’s business model—one already popular in the West—were making little headway. Yong, boss of a tiny start-up in a country of banking behemoths, was unable to gain access to those at the levers of power.

Fast forward to November 2016. At the inaugural Singapore FinTech Festival, attended by over 11,000 people from more than 50 countries, the Monetary Authority of Singapore (MAS) announced a slew of new fintech policies, including a regulatory “sandbox”, in which qualified start-ups can test new financial technologies in a less stringent environment for a defined period of time.

Certain core financial regulatory requirements, such as customer confidentiality, will still apply, while others, such as the asset maintenance requirement, license fees and minimum management experience can be relaxed on a case-to-case basis.

Regulators all over Southeast Asia appear engaged in a beauty contest of sandboxes and grants, all eager to incubate the next Paypal. Bitcoin start-ups in Manila, for example, rejoiced in February this year when the Philippine central bank announced its virtual currency regulations. The Philippine remittance market is estimated at $28 billion—part of over $400 billion sent home to emerging markets annually—and bitcoin offers savings of up to 80% in fees compared to traditional operators like Western Union.

In November 2016 MAS awarded MoolahSense a full Capital Markets Services license, the first P2P lender in Singapore to get one (it had till then operated in an unregulated nether region).

MoolahSense’s business model tries to plug two holes in the market. On one end of its platform are the borrowers—SMEs seeking immediate, unsecured short-term financing.

There are typically no credit lines available for firms in these situations, claims Yong. Traditional banks might take too long with approvals or demand collateral. Small firms in desperate need of, say, working capital had to hitherto either rely on family and friends or simply accept a lower growth trajectory.

Firms can use the platform to borrow $10,700 or more for invoice financing and $35,700 or more for business loans. Depending on the structure of the note and the borrower’s credit risk—MoolahSense uses a combination of third-party ratings and internal assessments—notes are priced anywhere from 4.5%-21% per annum.

One firm that’s tapped on MoolahSense’s platform is Seoul Yummy, a Korean restaurant chain that raised $142,900 at 10% per annum over 12 months to fund the opening of two new outlets in Singapore; and Epicentre, an Apple product retailer that raised $714,300 in two equal tranches at 13.5% per annum over 12 months to build inventory and for general expenses. Epicentre’s campaign in March 2016 was a watershed as it represented the first offering from a publicly-listed firm (there have been five others since). It reached its target in under twenty-six hours—still a far cry from MoolahSense’s fastest campaign, a $200,000 note from a security firm funded in thirty seconds.

All these prove attractive alternative investments for the people on the other end of MoolahSense’s crowdfunding platform: ordinary investors of all classes, who invest—or “lend”—sums of $700 and more. MoolahSense says it has over 11,000 approved lenders with some $57 million ready to deploy.

MoolahSense, which has thus far funded 200 campaigns for a total of over $21 million, earns a cut from the borrowers (the SMEs). Though the returns to lenders far outstrip those offered by traditional savings accounts, so do the risks— its current default rate is about 5%.

Yong, 40, was born and raised in Singapore. He attended the National University of Singapore (1999-2002) before working in a variety of banking roles at UBS, Deutsche Bank, Standard Chartered Bank, BNP Paribas, BBVA and Macquarie.

Those experiences revealed to him, among other things, the funding gap SMEs in Singapore face. A firm believer in the importance of small businesses to economic and social development, Yong has a demeanor more suited to a development economist (those who once carried wooden tobacco pipes in their jacket pockets) than an alpha-male banker. MoolahSense tries to attract lenders to its platform by asking of them: “Help Singapore grow.”

MoolahSense has so far raised a total of S$2.1 million in equity, and is in the midst of another fundraising round.

According to a Hong Kong-based fintech angel investor, many B2C fintech firms like MoolahSense will necessarily have to form partnerships with bigger institutions.

“The technology in itself isn’t that defensible,” he says. “Financial inclusion and people with access to different investment opportunities at a retail and consumer level is a big story. I’m just a bit more skeptical about whether that’s going to be done as B2C businesses or if they’re going to be done in partnership with the people who own the customers themselves.”

Nevertheless, if MoolahSense keeps growing its client base to capture more of the traditional corporate market, it will inevitably one day be nipping at DBS’s heels.

When asked about the likelihood of this, Yong shrugs. You can almost imagine him puffing on his pipe with a smile.