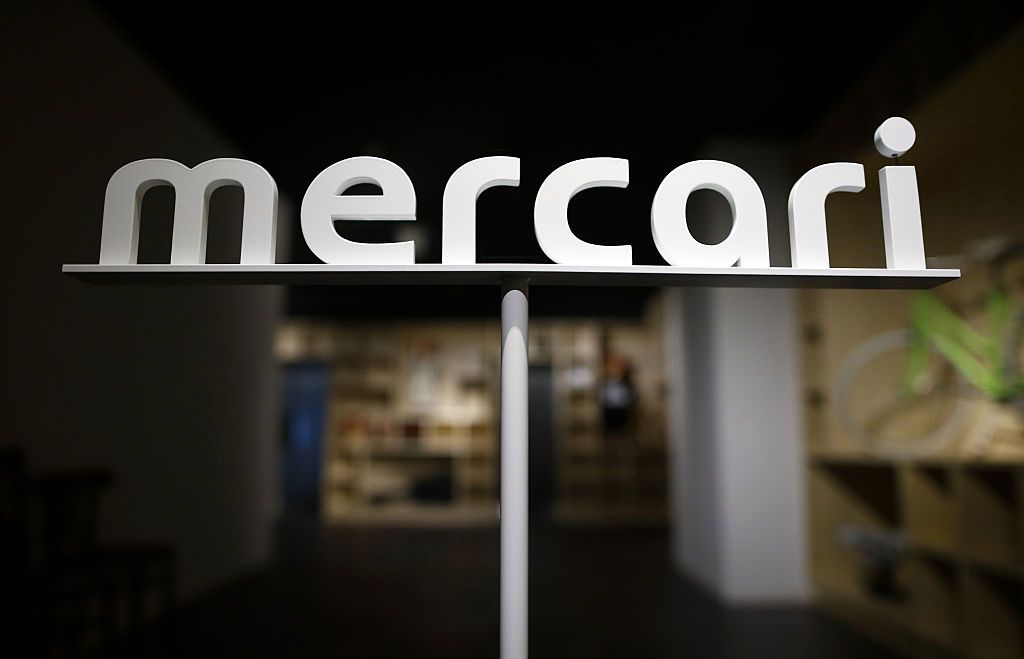 When Mercari became Japan’s first startup unicorn with a $75 million round last year, the funding was earmarked to fuel its goal of becoming the top secondhand marketplace app in the U.S. Now Mercari is doubling down on its efforts to succeed where no other Asian e-commerce company has. Today it launched a refreshed version of its American app and announced the hiring of John Lagerling from Facebook’s management team to serve as its chief business officer.

Though Alibaba and Rakuten have struggled to make an impact in the U.S., Lagerling says that doesn’t scare Mercari . The app has been downloaded a total of 25 million times so far, compared to 10 million a year ago, and it currently claims $100 million in transactions per month worldwide. But Mercari has to fight for American shoppers with a host of secondhand marketplace apps (including OfferUp, Letgo, Poshmark, and Depop, to name just a few) and, of course, all of them are up against eBay and Amazon, which have had two decades to define the U.S. e-commerce landscape.

Lagerling, who was vice president of business development, mobile, and product partnerships at Facebook and previously held several leadership roles at Google, tells TechCrunch that Mercari sees the U.S. as a top priority, instead of secondary to its domestic market.

“If you are too mature in your home market as a company, investing resources elsewhere always becomes a second priority, and unless you can make it a top-level company priority to become successful in a new market as a challenger, it’s really hard to make it,” he says.

Mercari views its U.S. business as a crucial stepping stone for success in other countries (it also launched in the U.K. recently).

“If Mercari can make it in the U.S., I’m sure we can make it elsewhere, too. It forces companies to go up to global standards quickly and I think the U.S. is one of the most competitive markets globally. That will basically build muscle to be competitive elsewhere,” Lagerling says. “It’s a bold move, but I think it will pay off.”

In San Francisco, Lagerling will be in charge of a fast-growing team. Mercari is in the midst of a hiring spree, with 100 employees in the U.S. now, compared to just 30 people a year ago (it has 400 people in Japan).

In addition to a new look, Mercari’s U.S. app now has a specific codebase, which means new functions will reach American users more quickly. Japanese apps tend to look very cluttered to Americans, so the U.S. app is visually cleaner, and it also makes it easier for people to search for what they want in different categories (Lagerling says Japanese users tend to make purchases by browsing through recommended items).

Mercari will also boost its marketing spending, buying ads in traditional media and other places to increase its brand profile.

The company wants to differentiate from its rivals by creating a user experience that is so easy it becomes the default secondhand marketplace app. This means not only making it seamless for sellers to upload items, but also ship them to buyers.

In Japan, Mercari also had to battle established e-commerce companies, like Yahoo! Japan and Rakuten, after it launched in 2013. It gained popularity by making logistics pain-free and it wants to replicate that experience for U.S. users.

In its domestic market, Mercari integrates with Yamato Transport, one of the Japan’s largest couriers, while in the U.S. it is already working with USPS and FedEx to provide services like automatically calculated shipping labels (it will even print and mail them to sellers who don’t own a printer). Mercari plans to add more shipping companies and work with startups that want to solve technical challenges related to logistics.

“I think there is room for innovation in the U.S. and traditional players, like eBay, haven’t really gone to innovate there,” says Lagerling.

Logistics is harder to manage in the U.S. than Japan, however, and Mercari also has to fight to keep the interest of users who have an increasingly wide array of options for selling their stuff. But Lagerling says the number of people willing to sell goods on Facebook and Instagram, even though those transactions often involve a lot of messaging and in-person pickups, proves that there is still a need that its rivals haven’t met—and room for Mercari to succeed where other Asian e-commerce companies haven’t.

Lagerling conducted his master’s thesis research at the University of Tokyo’s Graduate School of Economics and spent several years working in Japan, first at telecom NTT DoCoMo and then Google. Lagerling says Mercari’s culture is similar to American companies, which he thinks gives it an advantage.

“A lot of the best practices from Google, Facebook, and other companies have already been adopted by Mercari, which was refreshing to see. Silicon Valley companies are surprisingly consensus driven, which is not true for all corporate cultures, and Mercari is similar to them,” he says. “Frankly, that’s one of the reasons why it will be one of the few Japanese companies to be successful abroad.”