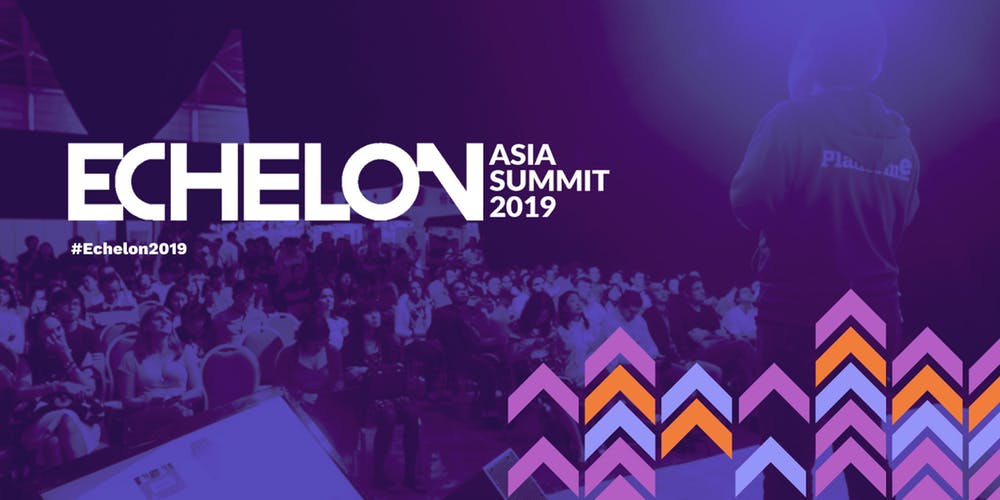 First set of Echelon Asia Summit 2019 speakers—revealed!
Echelon Asia Summit 2019 will feature some of the best and the brightest from the startup world who will be sharing four key stages namely: Founder stage, Future stage, Capital stage, and the TOP 100 stage.
Key speakers will be sharing important insights on a range of topics. The Founder stage is dedicated to a variety of founders ranging from up and coming early-stage entrepreneurs, to industry vets who will speak about their experiences running their startups. The Future stage will feature thought leaders and subject matter experts who will be discussing insights on emerging trends and disruptive technologies, covering a range of tech-related topics. While the Capital stage will be shared by VCs, CVCs, angel investors, and government funders who will provide expert opinions on investment opportunities in the ecosystem. Meanwhile, the TOP 100 stage is where startups who have qualified for the TOP 100 across Southeast Asia will be doing their pitches in Echelon.
Read also: 13 Fintech Startups Who Wants to Make Financial Sector More Accessible, Funded by East Ventures
As such, we have curated a diverse pool of speakers to represent various startups and entities to talk about a plethora of topics where they can share their expert opinions on a variety of subject matters.
Echelon Asia Summit 2019 first batch of speakers
Melisa Irene
Melisa sits as the Partner of East Ventures, an early stage Venture fund with a strong track record in developing pan-Asia tech-ecosystems and backing startups in their early days. The majority of East Ventures’ portfolio firms have been able to raise follow-on financing rounds. As Partner, Irene has worked closely with startup founders across the region to provide coordination and support for venture growth.
Agung Bezharie
Agung had his first taste of the startup scene when he was a second-year undergraduate student at ITB. He began his career by doing freelance projects for local startups as a programmer and designer. Having fallen in love with technology and startups, he then started a multimedia production house followed-up by a designers’ items e-commerce startup.
He joined East Ventures almost 3 years ago, where he lead the team in deal sourcing and nurture young entrepreneurs to achieve their product-market fit and get into growth stage.
Samantha Soh

Samantha is both Co-Founder and Product Designer for ShopBack. With ShopBack, Samantha works as the sole Graphic and Product designer where she designed the first versions of web, app, as well as extension platforms, and saw through multiple iterations that evolve with changing consumer behaviour.

Currently designing for over 8 million users in 7 countries, Samantha is a strong believer that designing for a great user experience is the key to building good products.

Pieter Kemps
Pieter joined Sequoia in 2014 and advises on investments across Consumer Internet, Fintech, and Software companies in Southeast Asia. He currently serves on the Board of Fave, Nugit, Funding Societies, 90 Seconds, HealthEngine, and Insider, and also works closely with Online Pajak, Cardup, Circles, and Trusting Socials.
Pieter previously launched a startup, worked at an incubator, and held various leadership roles at leading tech companies across Europe and Asia.
Magnus Grimeland
Magnus is the Chief Executive Officer and Founder of Antler. As CEO and Founder, Magnus leads a global team dedicated to developing the next generation of world-changing companies and, creating a global pipeline for top talents to pursue a career in entrepreneurship and innovation.
With over a decade of experience under his belt, Magnus is most prominently known for co-founding ZALORA.com, Asia’s largest fashion e-commerce company. He was responsible for strategic market initiatives and improving the business across Southeast Asia, the Americas, Europe, the Middle East, and Oceania.
Isaac Ho
Isaac is the Co-Founder of Ark Bio. In 2012, Isaac founded Singapore Health Holdings, and subsequently, Venturecraft—a Singapore government accredited co-Investment partner and incubator in the healthcare and biomedical sciences sector. Isaac is a veteran in entrepreneurship, investment, and business management. Under his leadership, Venturecraft Group was appointed as an accelerator under SPRING Singapore’s Sector Specific Accelerator Programme for Biomedical Sciences.
Glen Gary Francis
Glen is the Chief Technology Officer of SPH where he serves on a number of executive boards and forums. Glen is digital, connected, and enjoys creativity and innovation. He is also well-respected by his peers in the industry.
Glen founded CIO Academy Asia and was its past President. At CIO Academy Asia, he helped develop its brand and a thriving community of CIOs and IT leaders across the Asian region. He also co-chairs Infocomm Media Development Authority’s Immersive Media and Advance Interface Technology workgroup, and is the ICT Programme Advisory Chairman for Singapore University of Social Sciences.
Jeffrey Tiong
is the Founder and CEO of Patsnap, a global B2B SaaS software company serving more than 8,000 organisations in over 40 countries to help them innovate better.
Jeffrey founded PatSnap upon graduation in 2007 with the vision to empower the innovators to do better research and innovation. He has grown PatSnap into a multi-national entity with a global headcount of about 800 staff, spread across six offices in China, the UK, the US, and Singapore. His passion for innovation has helped PatSnap to secure more than US$100m funding from the world’s top investors.
Fajrin Rasyid
Fajrin is the Co-Founder and President at Bukalapak, a leading Indonesia online marketplace. With over 3 million merchants and over 60 million products, Bukalapak is currently one of the biggest e-commerce platforms in Indonesia.
As President, Fajrin is responsible for the company’s strategic initiative, long term planning and external partnership and relationship. He previously worked as consultant at Boston Consulting Group (BCG) with experience ranging across major industries including retail, FMCG, IT, financial services, automotive, and public services.
Rosaline Chow Koo
Rosaline is the Founder and CEO of CXA Group worldwide. She founded CXA Group in 2013 after failed attempts to convince her former employer to invest in technology to address escalating costs from worsening employee health across Asia-Pacific region.
Under her leadership, CXA has raised US$33 million in total from Series A and Series B funding rounds and has grown to serve more than 400,000 end-users in 600 companies across 20 countries.
Source: e27
By nic|2022-08-04T13:34:55+07:0025 Februari, 2019|Press Release|
Page load link
Contact us