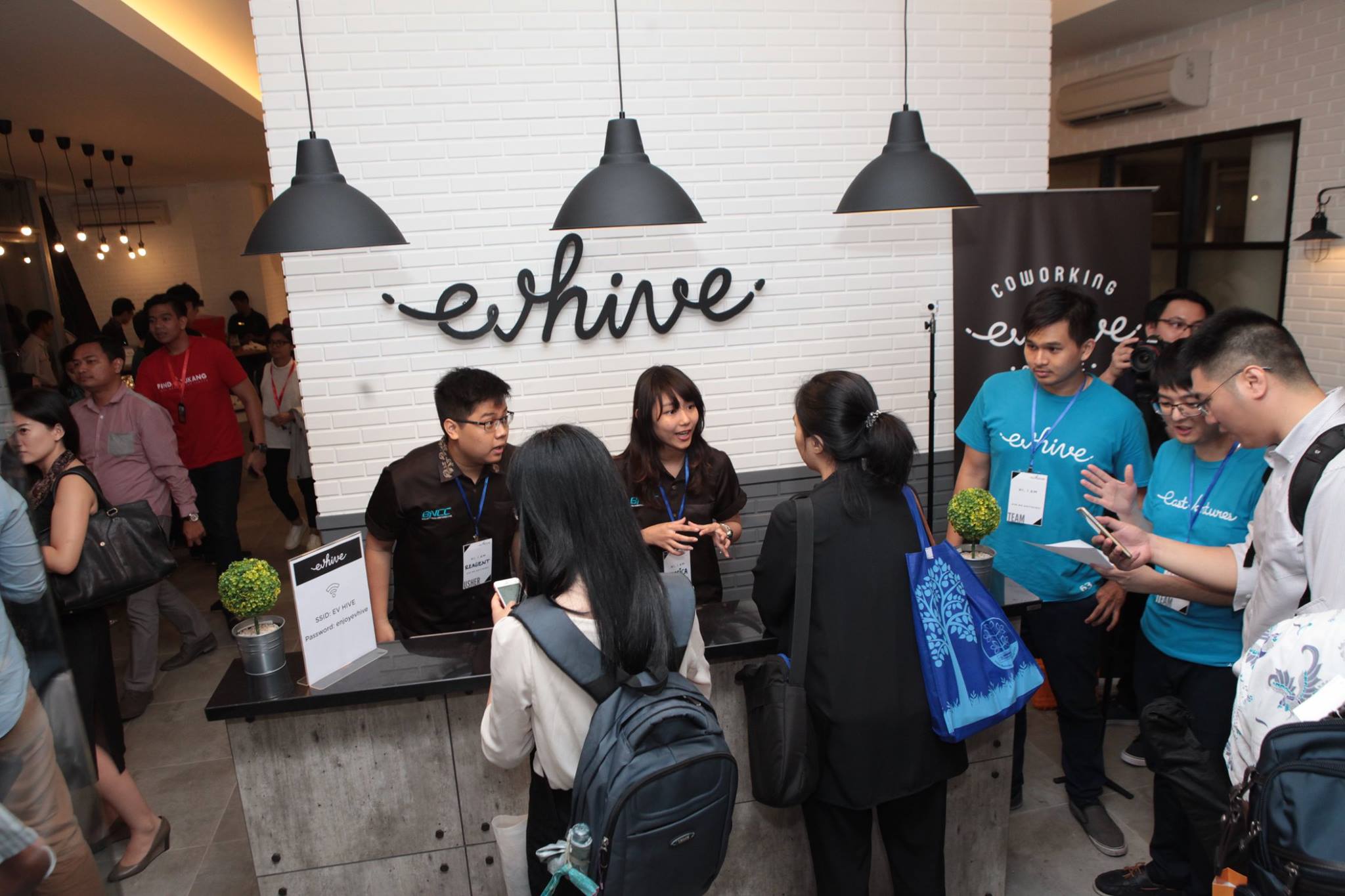 WeWork is setting its sights on Southeast Asia, but that isn’t stopping local rivals from building up their business. In Indonesia, CoHive — a co-working brand first started by a VC firm — has pulled in $20 million for expansion as its U.S.-based rival increases its focus on Indonesia.
The company was founded in 2015, by seed-stage investment firm East Ventures and a few friends, and today it counts 21 locations across Indonesia with eight more in development right now. This Series A round was led by Softbank Ventures Korea with new investors H&CK Partners, Tigris Investment, Naver, LINE Ventures and STIC Investments taking part.
Added to those names, a range of existing backers also put into the round, including East Ventures, SMDV, Sinar Mas Land, Insignia Venture Partners, Intudo Ventures and angel investors Michael Widjaya and Chris Angkasa.
CoHive CEO Carlson Lau told TechCrunch that the firm plans to add 20 more locations next year as it expands its focus from Jakarta and Medan to cover more of the country, which is the world’s fourth largest with a population of over 250 million people. Further down the line, it aims to reach 100 spaces by 2022 with moves into markets like Thailand and Vietnam. The company makes its mark with large spaces — typically over 7,000 square meters per location — and it sees vast untapped potential in Indonesia, where Lau said there are 10 cities with populations of two million or more.
Lau said the company is already fielding expansion requests from overseas but for now the focus is growing a presence in Indonesia. The startup is also looking to do more for its members, which number some 3,000 plus as of May.
Not unlike WeWork,  it is building out a services play which includes a member-based marketplace that lets fellow members sell services to each other. Typically, Lau said, the focus in areas like accounting, branding, and marketing but where there are gaps, CoHive is stepping up to offer its own services, too. The goal there is to increase revenue and broaden the services on offer.
“A lot of co-working spaces compete on the same plain, whether it is designed or giving away freebies, but we feel we have strong execution,” Lau said. “We fill out at the fastest space and the lowest cost. The nearest competitor has four spaces and just one-tenth of our floor space.”
“We’re also in a good position with a lot of top VCs invested in us and we’ve built an ecosystem of different community partners,” he added.
Lau ruled out potential acquisition-led expansion — that’s a route WeWork took to enter Southeast Asia, and it has also done the same in China — but he did concede that the co-working market in the region is getting crowded, particularly as those who started out “thinking the business is cool” begin to realize it is tougher than it looks.
“There will be a wave of consolidation in the coming months,” the CoHive CEO predicted.
Source: TechCrunch
By nic|2022-08-05T09:24:22+07:004 Juni, 2018|Press Release, Press Release|
Page load link
Contact us