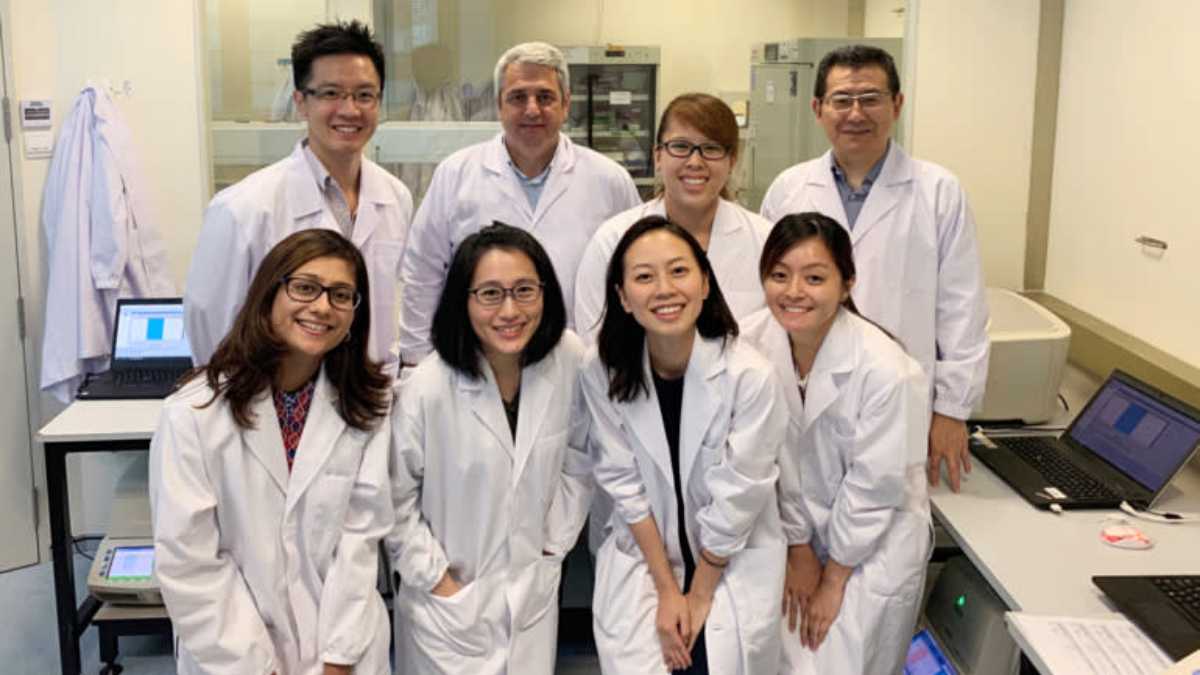 JAKARTA — Leprosy was mostly wiped out in Indonesia two decades ago, but because it remains prevalent in some far-flung regions, the archipelago nation ranks third in cases of the disease after India and Brazil.

In remote villages in Papua and West Papua provinces, the Indonesian government’s efforts to combat the disease have been hampered by life-threatening adverse reactions to a World Health Organization-recommended anti-leprosy medication called Dapsone. The reactions pose such a risk that some doctors have stopped administering the drug altogether.

Enter genetic testing startup Nalagenetics, which was founded in 2016 by a team of scientists from Indonesia and Singapore.

The company sees a crucial role for itself in addressing such public health problems. The startup collaborates with the Genome Institute of Singapore to develop pharmacogenomic testing — finding out how a person’s genes affect their bodies’ response to medicines —  with the aim of reducing adverse drug reactions and increasing prescription efficacy. This is carried out through the use of reagents and analytical software that the team develops under the intellectual property collaboration.

Last year, Nalagenetics won its first major contract from the Indonesian health ministry to distribute 1,000 genetic test kits in five villages in Papua and West Papua. It found that 20% of leprosy patients there carry the gene responsible for potentially fatal reactions to Dapsone. This discovery has helped doctors decide which patients can be safely treated with the antibiotic.

“What we told doctors is, ‘If you test these patients first, and you know which drugs work for whom, you can actually give the right drug to the right people,'” Nalagenetics chief exeuctive co-founder Levana Sani told the Nikkei Asian Review in her co-working space in Jakarta. The Singapore-based startup sees Indonesia as its main target market.

“I think that idea resonated a lot with the [Indonesian] government because the government cares about leprosy patients. They want to solve this problem,” she added.

Levi, as Sani preferred to be called, said Nalagenetics had not immediately thought of accessing venture capital funding as it had been receiving science grants, including one from Singapore’s science and research agency, A*STAR, dedicated to scientists turning their research work into business ventures. The startup has received 500,000 Singapore dollars ($366,000) in total grants.

Indeed, Nalagenetics was born out of a science lab: the Genome Institute of Singapore, where Levi met three senior colleagues who later became her co-founders. This happened during her internship at the institute, after the Indonesian native earned a bachelor’s degree in biochemistry from the University of Southern California and before her two-year study at the Harvard Business School.

“[My co-founders] were like, OK, we really want to create a company because we think we can do more than just publishing papers,” Levi said.

She started taking care of Nalagenetics full time upon her return from the U.S. in September, with a second co-founder set to join her soon. The other two co-founders hold senior positions at the genome institute, and will continue to act as advisers to Nalagenetics. The startup currently has 10 employees, but it is recruiting amid expansion plans.

Genetic testing is not new in the startup scene. The U.S. has led the market for consumer-oriented gene analysis services, thanks to the presence of many promising startups such as 23andMe and AncestryDNA.

In Asia, Hong Kong-based Prenetics had earlier entered Southeast Asia, and began operations in mainland China in April. It has raised a total of $52.7 million, according to Crunchbase, which keeps track of startups. Meanwhile, China-focused 23Mofang raised a total of 200 million yuan ($29 million) last year.

Apart from pharmacogenomic services, Prenetics, which could be considered Nalagenetics’ closest rival, offers general genetic profiling that allows subjects to understand their alcohol tolerance, what diets work best for them and risks of cancer and other diseases, for example.

But while Prenetics partners with insurance companies to offer testing kits to policyholders, Nalagenetics opts to collaborate directly with doctors and hospitals. The goal is to develop genetic tests suitable to their specific prescription needs — with a focus on cancer, cardiovascular and psychiatry treatments, as well as those for infectious diseases like leprosy.

Nalagenetics is currently partnering with research hospitals in Jakarta and Singapore, and is planning to enter Thailand next year. Citing ongoing legal negotiations, however, it declined to name its hospital partners.

“What we really want to do is to make this [genetic testing] part of a national guideline of a country,” Levi said, adding that Nalagenetics is well on its way in that direction with the Dapsone leprosy treatment in Indonesia. “Because that means … the whole nation is a captive market.”

Levi said following the leprosy project in Indonesia, Nalagenetics has received similar requests — albeit of smaller scale — from Nepal and India. There have also been other orders from Australia and Dubai.

“With these things, because the market is still quite new, we don’t need massive [promotions],” Levi said. “We only need one distributor or one partner who have full trust on our product, and then it will become a lab reference in the country.”

Galen Growth Asia, a health tech research firm, said 2018 was a record-breaking year, with $6.3 billion invested in health tech companies in the Asia-Pacific region. And in the January-March period, total investment in digital health in the region exceeded the $1 billion mark, edging ahead of the U.S. for the first time. With China stagnating and India plummeting, Southeast Asia drove the growth, accounting for 22% of all deals in the first quarter, up 11% year on year.

Initiatives taken by regional governments, such as Indonesia’s expanding universal coverage scheme BPJS, are another driving factor. Levi said Nalagenetics won the leprosy contract through a BPJS tender, and that it is preparing to take part in other tenders under the same program.