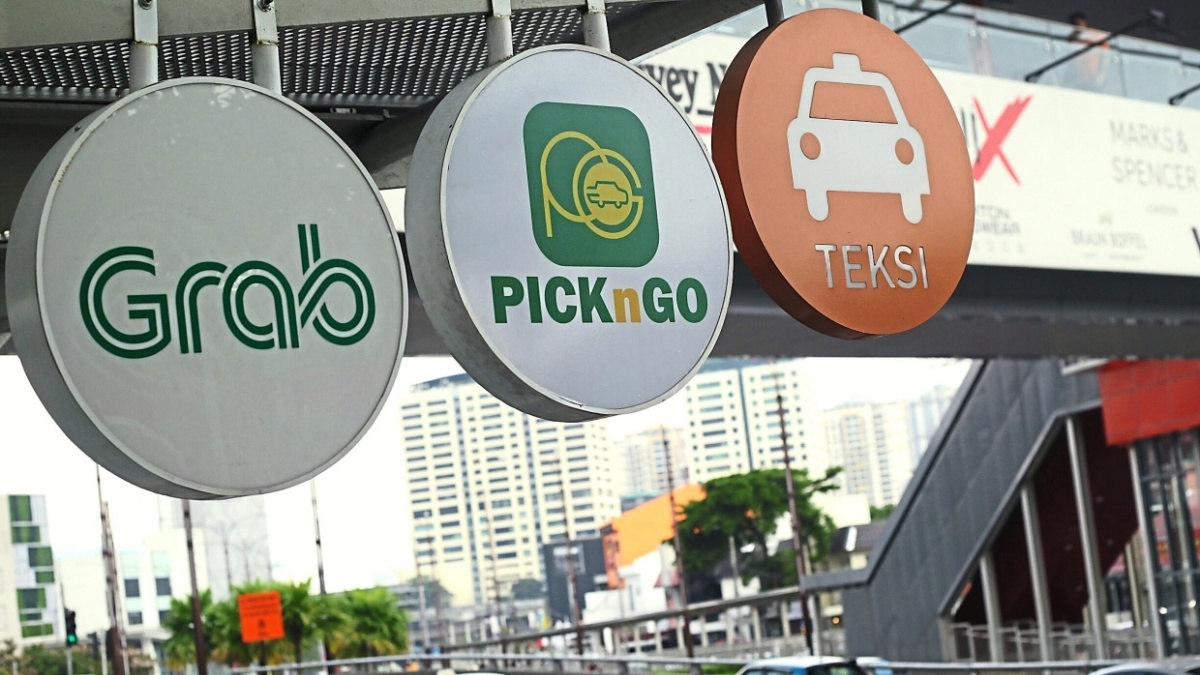 The private equity and venture capital (PEVC) industry is witnessing a boom in South-East Asia.

Despite heightened economic uncertainties, fundraising through the sector is reaching new highs as investors are increasingly turning their focus on Asean to tap into the region’s growth opportunities.

In the first six months of the year, six venture capital funds in the region have raised a total of US$500mil, according to Preqin Ltd.

And this puts 2019 on course to match the record set in 2018, when fundraising hit a new high, with 17 Asean-focused venture capital funds securing an aggregate of US$900mil, says the UK-based company which specialises in financial data and information on the alternative assets market.

In its inaugural report on South-East Asia’s PEVC industry, Preqin notes investors have shown strong appetite for early-stage start-up funds, in particular, whose share of the total number of funds raised increased to 29% last year from 21% in 2017.

“South-East Asia presents a wealth of opportunities for PEVC investors, and clearly many of them are starting to take an increased interest in the region, ” Kam says.

“With several large cities on the global stage, and governments that are encouraging entrepreneurship and technological innovation, these countries make fertile ground for venture capital investment in particular, ” he explains.

Nevertheless, Kam notes the fractured regulatory environment in the region can pose a challenge for investment, and investors characterise it as “diverse”, “fragmented” and “segmented”.

“Alongside that, political uncertainty in some corners may be putting a brake on larger scale buyout investment, and it remains to be seen whether domestic investors will turn to the asset class in greater numbers, ” he says.

“However, as investments and appetite are increasing in the region, the future seems bright for Asean private equity, ” he adds.

Similarly, Frank Su, head of Private Equity Asia at Canada Pension Plan Investment Board (CPPIB), says Southeast Asia is a market with long-term growth potential for investors due to its attractive demographic trend, continued rise of the consuming middle class and sustained levels of economic development.

“However, it is important to remember that there are varying stages of development and risk across different countries in the region. Each country has its own idiosyncrasies, ” Su says.

“While this makes it more challenging than some of the more developed markets in Asia such as Greater China, Japan and South Korea, it also presents opportunities to get into deals that could deliver very compelling risk-adjusted returns, ” he adds.

As of June 2019, there are 70 Asean-focused private equity funds in the market, targeting an aggregate US$8.5bil in capital.

“This is a dynamic, fast-growing part of the world, ” he points out.

While South-East Asia’s contribution to global PEVC assets under management (AUM) is relatively modest at the moment, O’Hare says, the sector will continue to grow in prominence in tandem with the growth of global alternatives AUM.

The region made up less than 1% of the US$3.6 trillion in total global PEVC AUM as of December 2018.

But growth in the sector had been rapid, with Asean’s combined PEVC AUM expanding 8.6% to US$28bil last year from US$26bil in 2017.

Singapore is home to the majority of PEVC fund managers, managing US$19bil in AUM, while Malaysia comes second with US$6bil and Vietnam is third with US$1.5bil, O’Hare notes.

“With global alternatives AUM forecast to rise by well over half to US$14 trillion by 2023, we expect South-East Asia’s PEVC markets to continue to thrive,” he says.

In terms of deal activity, Southeast Asia has recorded 222 venture capital deals worth US$3.4bil in the first six months of 2019. This compares with 220 deals valued at US$3.1bil in the corresponding period last year.

At present, Singapore remains the regional hub for deals, Preqin notes, with the island nation generating US$2.4bil in venture capital deals so far in 2019, compared with $1.3bil in the first half of last year.

The major deal in the region’s PEVC space included the US$1.5bil acquisition of Singapore-based Bigo Technology Pte Ltd in March 2019, it reveals.

“South-East Asia has nurtured several prominent unicorns that have transformed the sectors in which they operate, ” O’Hare says, citing Singapore-based transport technology and mobile application company Grab, as well as Indonesia-based Traveloka (a travel technology company) and Tokopedia (an online marketplace).

“And there are more unicorns to come, ” he adds.

Preqin points out buyout and growth fundraising has been trending down after peaking out in 2015, when nine funds managed to raise US$6.1bil that year.

Nevertheless, the sector has seen some recovery of late from last year.

In the first six months of 2019, Asean-focused buyout and growth funds raised US$800mil, matching the total amount raised the entire of 2018. This indicates 2019 fundraising figure will likely exceed that of last year.

Preqin notes that as of June 2019, there are 19 Asean-focused buyout and growth funds in market, collectively seeking US$3.6bil in investor commitments.

Weighed down by a challenging macroeconomic environment, however, buyout-backed dealmaking has slowed down.

Only 20 private equity-backed buyout deals worth an aggregate US$400mil have been announced in the first six months of 2019.

Overall, end-2019 figures for the region are shaping up to be considerably lower than last year’s 67 deals worth US$3.6bil in total, it says.

In 2017, the figures were higher at 68 deals worth US$13.6bil, but this was largely due to a single deal, that is, Hopu Investment Management and Hillhouse Capital Management’s bid to acquire Singapore-based GLP, a global investment manager specialising in logistics and related technology investments, with US$64bil in AUM. The public-to-private transaction was worth a total cash value of S$16bil.

Meanwhile, year-to-date, Indonesia is edging ahead of Singapore in terms of private equity-backed buyout deals at US$200mil in versus US$160mil, respectively, in the first six months of 2019.

The rise of the affluent middle class has done much to boost the landscape of private equity & venture capital in Asia over the past decade, says Preqin.

Driven by consumer needs, more and more start-ups are reaching “unicorn” status, it explains, and riding the consumer-driven technology wave, venture capital investments are picking up pace as a result.

Zooming in, South-East Asia is one of the fastest-growing consumer markets in the region – if not the world – and an increasingly natural addition to the global investor’s portfolio.

The appeal of South-East Asia extends far beyond its home ground, according to Preqin.

Among investors with an eye on the region, there is much anticipation as to which sectors will receive this capital.

Alongside consumer-related industries, the latest data shows that investors are also drawn to the emerging segments of technology such as mobile payments, smart cities and e-commerce in the region.

According to East Ventures co-founder and managing partner Willson Cuaca, Indonesia is one of the hottest markets for venture capital today.

“As a pioneering investor in early-stage tech start-ups, we believed there was great potential here, but few could see it or understand what we were trying to do. We had to prove to the world that Indonesia had an untapped technology sector waiting to be unleashed,” he explains, stressing the group’s investment hypothesis over the years has evolved to take advantage of changes in Indonesia’s fast-growing economy.

“For us, venture capital investing is not just a financial activity. We see it is a tool for empowering tech entrepreneurs. We want to carry on backing founders who have the potential to transform the lives of millions of people, both in Indonesia and abroad,” Cuaca says.

As for Sojitz Asia, its priority is to seek out new areas of business through partnerships with start-ups in addition to supporting the growth of its existing businesses.

“We are able to contribute investment capital and also provide our global networks as a general trading company to these start-ups to expand their capabilities. With the diversity of South-East Asia, start-ups have a unique ecosystem to support their growth in their domestic country and expand to neighbouring countries in the region, ” Yuta Fujihara, deputy general manager for Sojitz Asia’s corporate planning dept for Asia & Oceania, says.

“To capture the growing demand from the middle class in South-East Asia, we look to focus on sectors related to healthcare, smart cities, mobility and Internet of Things platforms, ” he notes.

While South-East Asia presents attractive opportunities, PEVC investors acknowledge there are challenges due to diversity in terms of legal systems, language and culture.

A deeper level of due diligence is required to navigate the intricacies of the region, Preqin says.

And to address some of these nuances, many investors are fostering strategic partnerships with players that are familiar with the local investment environment, it adds.

Matthew Coleman, vice-president for Private Equity Asia at Investcorp, says it is crucial to have the right resources given the sheer diversity within the region.

“Firstly, it is crucial to build networks with the right counter-parties, advisors and entrepreneurs as many deals are still privately sourced. Secondly, investors need the right resources to navigate the diversity within Southeast Asia,” Coleman says, noting the investment themes in Indonesia and Vietnam, for instance, are different from Singapore, so a successful team needs diverse backgrounds and language skills.

“Lastly, it’s about getting comfort with different legal systems, ownership restrictions, regulatory schemes and the macro drivers within each country and across the region, ” he adds.