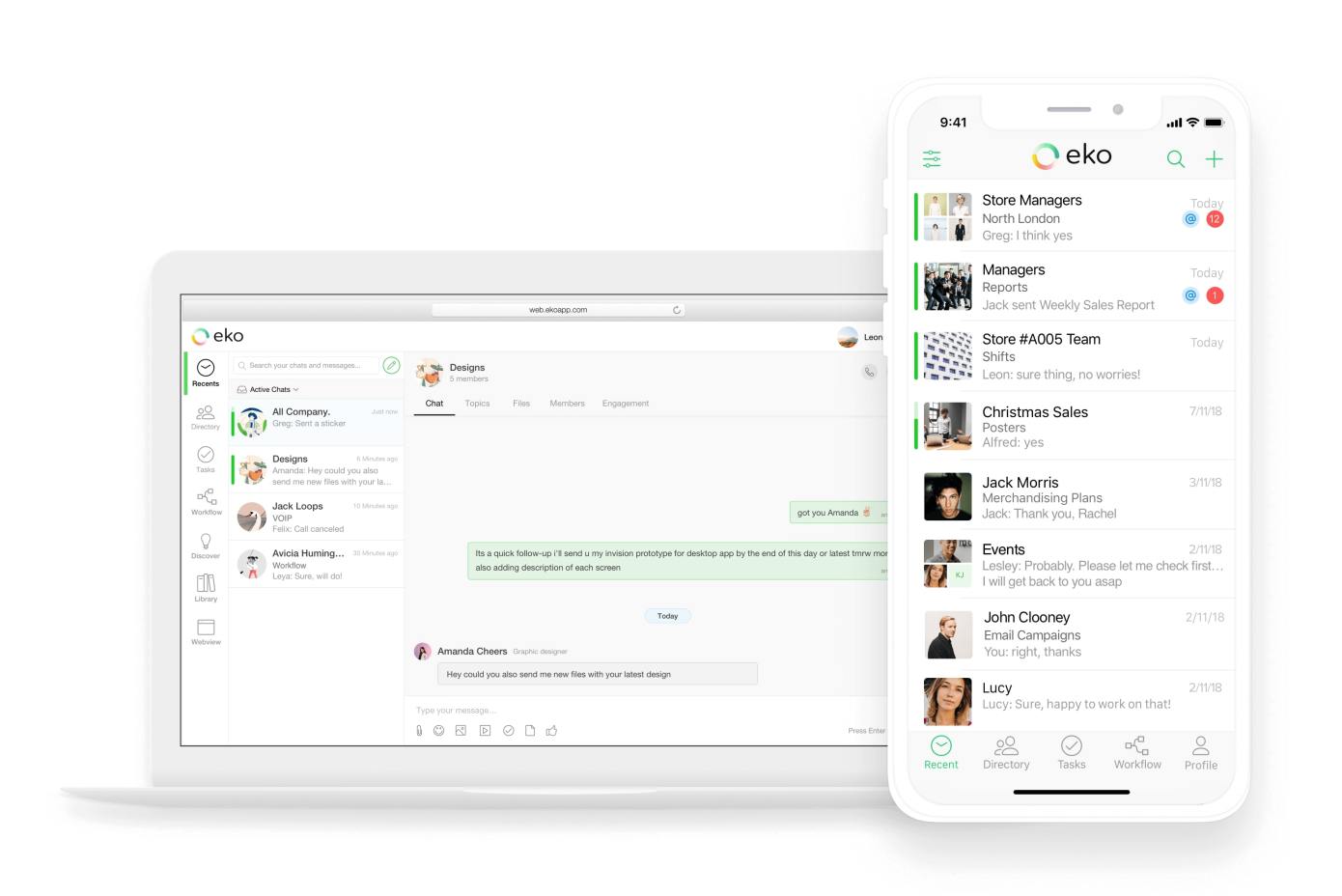 After focusing on Asian markets, particularly in Southeast Asia, Bangkok-based Eko Communications is getting ready to take on Slack, Microsoft Teams, and other enterprise messaging apps in Europe. The startup announced today that it has raised a Series B of $20 million and opened offices in London (which will serve as its new commercial headquarters), Amsterdam, and Berlin.

Eko Communications’ Series B is earmarked for its ambitious global expansion plans in the first quarter of 2019. Korawad Chearavanont, the company’s CEO and co-founder, told TechCrunch in an email that it has already localized products for target markets including the UK, Ireland, Benelux, and the DACH region (Germany, Austria, and Switzerland).

Eko Communications wants to expand in the European Union and the United States because their economies are both significantly larger than Southeast Asia’s, said Chearavanont. This, plus the fact that both have larger enterprise IT markets thanks to higher spending on software by companies, means that “for Eko to achieve the necessary scale to become a global player in the mobile enterprise market, continued growth in these markets is critical,” he added.

The company claims that its revenues have more than tripled in the past year and that it now has more than 500,000 recurring paid users. Of course, any enterprise messaging startup has to contend with the specter of Slack and Microsoft Teams. Positioning Eko Communications as a rival to those services, however, isn’t totally accurate because they are aimed at different customers.

Slack and Microsoft Teams are “primarily utilized by ‘knowledge workers’ and these systems are priced for these types of users,” Chearavanont said. “Being a mobile-first company, we target companies that have a large presence of mobile-first staff traditionally in industries like retail and hospitality (the services sector in general).” Many employees in those sectors still rely on messaging apps like WhatsApp or email to communicate, so Eko Communications seeks to make it easy for companies to transition from their ad hoc communication methods to a more secure and efficient system with tools like APIs to help them integrate legacy systems.